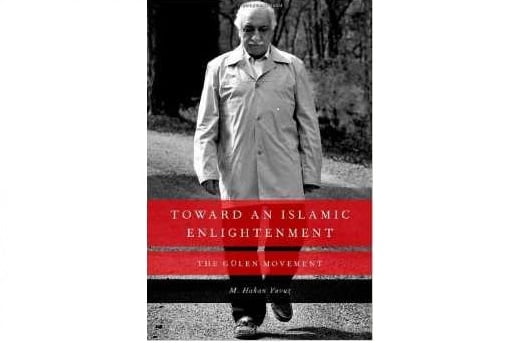 Gulen’s interfaith dialogue is based on his understanding of human beings and human identity. What it means to be human (insan) and live a human life is determined in large part by our religious identities. These identities are formed and expanded as a result of encounters with other traditions and in relation to God. The latter relationship unifies us with other traditions. The former relationship involves encounters with other traditions and this encounter helps us to mold our self-identity. There is always a spiritual “home” (ie, an internalized tradition) that helps us to go out and interact with others and return having been enriched. We are not the same when we come back home.” In other words, through reading a text and conversing with others, we transform our understanding and enrich our own tradition. In fact, Gulen insists on the authenticity of each tradition and calls upon his followers to respect each tradition as it is and invite people to study theirs in order to appreciate the difference and to realize their human potential. Dialogue, for Gulen, becomes essential for identity formation and self-enrichment. Dialogue should focus on our particular understandings and situated stories of God. Gulen has a dynamic sense of transcendence: it is simultaneously particular and universal.

For Gulen, humans derive their identities from their tradition and historical particularities. Since we live in a globalized world in which time and space seem to be collapsing we have to engage and deal with diverse cultural, religious, and civilizational “others.” The question is what should be the ethical basis of our engagements with these different forms of others. Gulen proposes to view “others” as friends by recognizing their identities and opening up one’s own identity to relate, not necessarily absorb, and work with others.

Gulen argues that the main purpose of religions is to bridge, to unify humanity on the path to virtue, not to divide it. However, he realizes that each faith system has its own traditions, and interfaith dialogue should not aim to reduce this diversity into a single belief system. Interfaith dialogue, for Gulen, is neither a melting pot nor a mosaic of religions, but rather it is a toolbox for building bridges between humanity’s continents and isles. Gulen argues that “interfaith dialogue is a must today, and the first step in establishing it is forgetting the past, ignoring polemical arguments, and giving precedence to common points, which far outnumber polemical ones.” It is a must because of theological and pressing sociopolitical reasons. However, the call to “forget the past” is wishful thinking, since all believers situated in their own history and have collective and often antagonistic memories about other religious groups. It might be more constructive to call for a “reconciliation of the memories” rather than for a willful forgetting in order to develop fulfilling dialogue. Dialogue brings forth Gulen’s emphasis on persuasion as a way of building consensus and disseminating one’s ideas. Persuasion, not force, is the way. Due to the constant flow of ideas and people all over the globe, Gulen suggests that his followers engage with other faith communities to build bridges through persuasion and the exchange of ideas. In this process of persuasion and developing intellectual and emotional bridges, Gulen always stresses narratives and symbols, in essence proving himself to be a powerful storyteller.

Gulen differentiates between interfaith dialogue and the generic practice of dialogue. Dialogue, for Gulen, “means two or more people coming together to talk and meet on certain subjects and, by means of this, to draw closer together to one another.” Gulen identifies tolerance as the most critical condition of dialogue. Tolerance, for Gulen, “does not mean being influenced by others and joining them: it means accepting others as they are and knowing how to get along with them.” As far as interfaith dialogue is concerned, Gulen shies away from discussing theological differences and stresses the humanitarian aspect of dialogue to facilitate coexistence among diverse cultures and nations.

Gulen understands Islam to be a lived faith with its inner (faith, values, and passions) and outer dimensions of human life. The goal of the Gulen movement is to connect these two dimensions of faith in everyday life In fact, the Quran calls upon Muslims to live out their faith in everyday practices. Faith, for Gulen, is not about religious doctrines, but rather a way of “living” and being in this world. By endeavoring to recognize every believer in is own unique conditions and seeking mutual self-transformation through conversation and establishing friendship, Gulen both respects the individual and obliges the believer to do likewise with others, including those holding other beliefs.

Gulen is very sensitive to the sociopolitical context of each society, and his form of interfaith dialogue is shaped by praxis and the prevailing socioeconomic context of each society. A closer examination of the writings and activities of Gulen indicates that his main goal is to reinterpret Islam, within its own tradition, with the purpose of making its message relevant to modern society. His contextual theology shapes his understanding of dialogue. In other words, in the case of the Gulen movement, theology becomes a transformative and critical conversation not only at the individual level but also at the societal level.

Rather than nationalism or some secular ideology, Islam, upon its shared origins with the other two Abrahamic religions, provides a much stronger bridge to other cultures and civilizations. Moreover, given the forces of globalization and flows of people to diverse states, religious pluralism becomes a fact of life. Then, the main questions become: What should be the ethics of the relationship with existing diverse cultures and religions? Is there an Islamic responsibility toward the believers of other religions? How could Muslims, especially the followers of Gulen, realize dialogue as an “Islamic” practice? How does the practice of dialogue shape Islamic identity? To what degree do actions taken by the Gulen movement involve a consideration of how the movement is perceived by non-Muslims? Islamic principles of mercy, love, grace, justice, and being creatures of one God provide a formative role in interfaith dialogue.

Due to his stress on the context and sufferings of humanity as a result of poverty, illiteracy, and chaos, Gulen understands dialogue as being a transformative practice. It seeks to address the socioeconomic conditions of humanity to restore human dignity. In other words, the process of self-transformation in terms of the “fusion of horizon” or expansion of one’s worldviews is possible if believers open themselves to different views and engage with them through reason. Even though we all participate in a dialogue with our prejudices, by the end of the dialogue our understanding has expanded and our self-transformation becomes apparent. Gulen, like Gadamer, argues that dialogue transforms people by transforming their self-understanding and stretching their earlier cognitive maps of understanding.

His idea of dialogue is not only to have an abstract theological debate but also a social practice to restore justice on the basis of shared theistic ideas of mercy and grace. In the contextual theology of Gulen, faith is always translated into action in light of the pressing needs of a given society. Islam, thus, becomes a language to speak about human needs and concerns as much as the content of these beliefs are shaped and understood by the prevailing context. Interfaith dialogue offers a powerful and dynamic framework of identity transformation on the part of participants. Since identity formation is a relational and contextual process, dialogue is an important process in the evolution of Islamic identity among the followers of the Gulen movement. Practice of dialogue becomes an integral part of contemporary Islamic identity formation. A practice of interfaith dialogue consists of a set of ideas that informs shared patterns of activities that are related to social goals.

* M. Hakan Yavuz, the University of Utah, offers in his new book an insightful and wide-ranging study of the Gulen Movement, one of the most imaginative developments in contemporary Islam. Yavuz says in the introduction, “This book is an outcome of a ten-year long observation and interviews with different groups and leaders, followers  and sympathizers, as well as critics and passionate “haters” of the movement in different countries.”