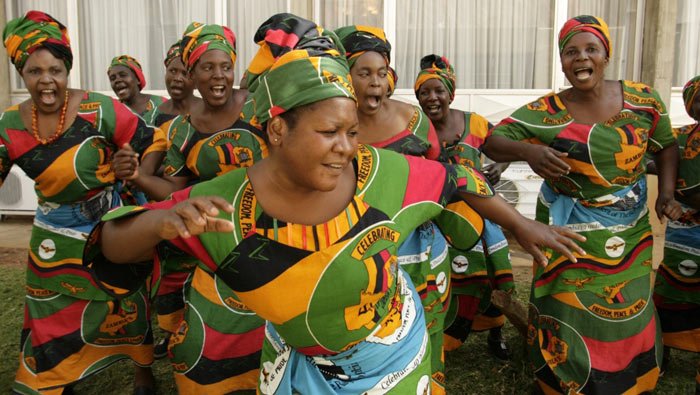 SPEAKER of the South African National Assembly Baleka Mbete says the worldneeds more song and dance than war. Speaking during the 13th edition of the International Festival of Language and Culture at Nelson Mandela Theatre on Thursday evening, Mbete, who was guest of honour, said rather than seeing people fight, she would love to see them sing and dance. She said she was delighted to be part of the event.

“I feel like a fish in water being among people who love culture and language, I wish Parliament was like this. This is truly a multinational and cultural moment,” Mbete said.

She said culture had helped people understand the world.

“For me culture, which includes language diversification, is not just about the economic value of our creative industry, it is what defines us,” Mbete added.

She said there was need for governments to invest more in cultural events.

Mbete also said politicians needed to take some time out and “wash the dust of politics from their souls during festivals”.

“If we put more resources in song and dance, the world will be a better place,” she said.

Mbete said the world was witnessing growing tension among cultures and faith.

“Because people came from other cultures and countries does not make them less human. We should have more festivals, it’s good for human soul,” she said.

Mbete explained that the South African Constitution embraced the “one people, one nation bound together” motto with a common heritage which is non-racial and non-sexist.

She said her country’s Constitution also guaranteed people the right to practice their culture, belief, language and custom.

Over 10 countries, including Zambia, participated in the festival

Several African states have rejected Turkey’s request to close schools run by the Hizmet movement. Turkish President Erdogan accused Fethullah Gulen, who owns Hizmet, of involvement in the failed July 15 coup. When Turkish President Erdogan visited Uganda and Kenya in May, he sought to stamp out the influence of the Islamic cleric Gulen. He accused the preacher of using his connections to try to overthrow him, allegations which Gulen denied.