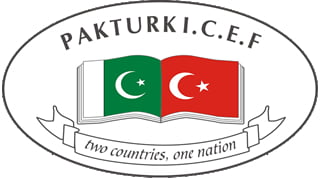 PESHAWAR Thursday, June 07, 2012 The Pak-Turk Schools and Colleges Chairman Unal Tosur said on Wednesday that education was an effective tool for socioeconomic development and prosperity of a nation. Speaking at a function in connection with the 17th Anniversary of the “Pak-Turk Educational Institutions,” he said quality education was considered a prerequisite for production of skills required for socioeconomic development.

“We should work hard to educate our youth for the prosperity and development of our country,” he said, adding that the younger generation should work for a prosperous future through science and technology.

He said education should be considered as the most significant and vital investment to make the country’s future bright. Unal Tosur said 18 Pak-Turk international schools and colleges were functioning in almost all major cities of Pakistan. Around 155 Turkish and 400 local teachers were educating 6,500 students in Pakistan, he added.

The goal of Pak-Turk educational institutions was not to make money but to use the potential of the younger generation positively, he said, adding, “Our mission is to teach the students lessons of honesty, brotherhood, truthfulness and altruism.”

The students of Pak-Turk institutions had won 58 gold, 22 silver and 44 bronze medals so far, he added.

Fesih, managing director of the Pak-Turk schools and colleges, and Turgut, director planning and development, were also present on the occasion.