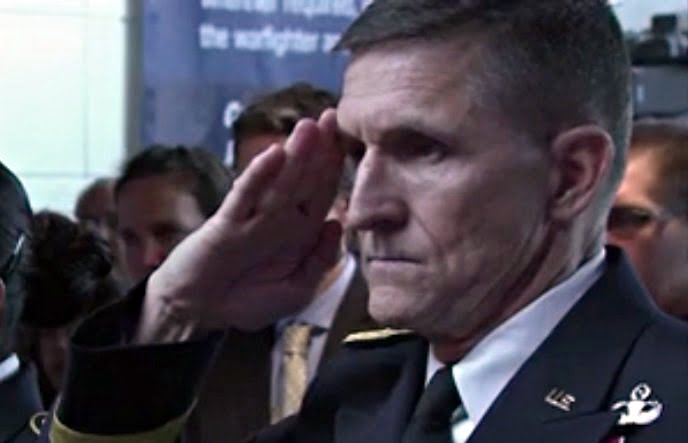 McClatchy offers up a damning report about Mike Flynn:

One of the Trump administration’s first decisions about the fight against the Islamic State was made by Michael Flynn weeks before he was fired – and it conformed to the wishes of Turkey, whose interests, unbeknownst to anyone in Washington, he’d been paid more than $500,000 to represent.

Flynn used his position as Trump’s top adviser on national security to affect U.S. policy in accordance with the preferences of the foreign government he was working for. It doesn’t matter that the government happened to be an ally–he was taking money as a lobbyist for another government while directly influencing U.S. foreign policy. This shows that Flynn was compromised from the very start of the transition, and it confirms that Trump was wrong to put him in such an important national security position.

Michael T. Flynn told President Trump’s transition team weeks before the inauguration that he was under federal investigation for secretly working as a paid lobbyist for Turkey during the campaign, according to two people familiar with the case.

Despite this warning, which came about a month after the Justice Department notified Mr. Flynn of the inquiry, Mr. Trump made Mr. Flynn his national security adviser. The job gave Mr. Flynn access to the president and nearly every secret held by American intelligence agencies.

Despite all this, Trump made Flynn his National Security Advisor knowing that he was suspected of working as an undeclared lobbyist for a foreign government, and then during the transition Flynn used his position to affect U.S. policy to suit the Turkish government’s preferences. This is a startling example of the Trump transition team’s vetting failure, and it underscores why Flynn’s removal from his position as National Security Advisor was a good thing for the country.

In our previous article, titled “How acts of ISIL, extremists have been securitizing ordinary Muslims,” we examined the impact of the emergence of the Islamic State in Iraq and the Levant (ISIL) on Muslim minorities in the West by analyzing some recent tragic events that occurred in Canada and the US.