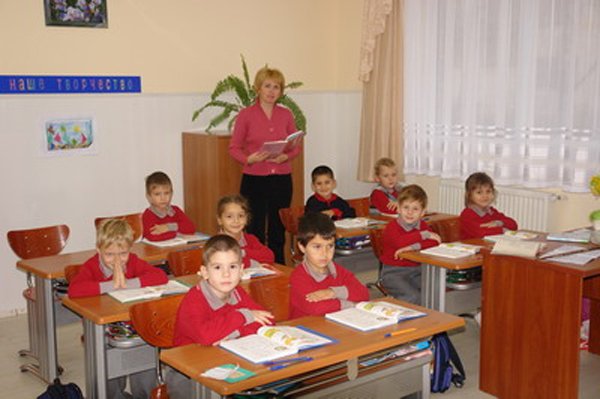 Simferepol International School opened by Turkish entrepreneurs in the Autonomous Republic of Crimea in Ukraine has been listed the top school in the list of the country’s best 100 schools.

The school, which opened in 2003, will now appear in a catalogue promoting Ukraine’s best 380 schools. A total of 1,881 schools took part in the competition held in nine branches across the country; only 380 institutions where chosen to be included in list of the country’s best schools. Simferepol International School came first in the branch of “Educational Research” from among 81 educational institutions.

The award ceremony was held at the teacher’s accommodation facility in the Ukrainian capital Kiev, attended by school administrators from across the Ukraine, those receiving awards as well as members of the press. Semferepol International School Director Galina Grishienko received the achievement certificate to the applause of her colleagues. During her acceptance speech, Galina Grishienko stated that they did not expect to win an award with such stiff competition because they are a recently established school, and said, “This award is a huge victory for our school.”

Grishienko said such awards are generally won by established schools with more experience in education and said, “Our school has a particular educational programs and a different method of educating. However, I can say that the positive news that appeared about us in the Crimean press has had an effect on our success.”

Elmas Bekirova, a third year teacher at the school, says the Turkish school is the best school in the city of Simferepol.

At the school opened by the company, New Technologies in Education, in 2003, all classes are taught in both Russian and Ukrainian from the child’s first day in kindergarten.

Turkish, English, Crimean Tatar and French are also taught at the school. In the third year since its establishment, the school has achieved several successes in the Olympics held in the city and across the country.