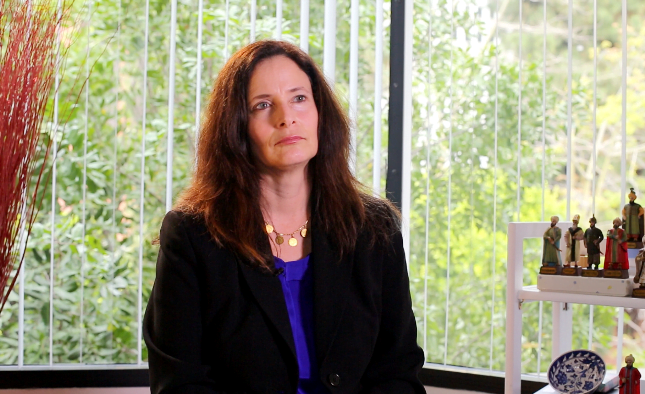 The Hizmet Movement is a humanitarian civil society movement that’s been around for several decades now.

It has got more than a thousand schools, maybe almost two thousand by now, all over the world.

And, in fact, I’ve visited a lot of these schools. I’ve seen them in Ethiopia, Malaysia, Hong Kong, Taiwan, all over the world.. in fact there’re schools in Yemen..

They are doing a lot in terms of accessing the higher level of students that might not be able to get an education and bringing them high level education with a technology and science focus.

This is something that really hasn’t been done before.

So, you have a religious movement called Hizmet, which just means service, carrying out these enormous educational projects at the international level, as part of it’s religious goals.

Those religious goals become humanitarian goals, become educational goals, and really, at the end of the day, help humankind.

I find Hizmet to be an admirable new religious movement, most definitely.

As a Muslim myself, for a long time, it’s been very upsetting to see certain voices dominate the discourse.

What you see on TV… so we see Islamaphobia, on one side, people very angry about Islam… and then on the other side you see Muslims doing things that are widely broadcast on TV that is just something that as a Muslim, you don’t want to see that on TV,

For example in Malaysia, the Malaysian Muslims said that they don’t want the Christians to use the word Allah, that it should not be used…

Or you see some violence on the part of Muslims, Al-Qaeda or whatever; you just don’t want that to be broadcast.

And then, suddenly you see this movement called Hizmet… and they are gaining prominence for good things, and they are making Islam look, to the wider public, like a religion of, not only of peace—certainly of peace—but also of interfaith and intercultural dialogue..

Sometimes, the problem with allowing the extremists to have the microphone is that they have been drying their boundaries very tightly around themselves.

Then, Hizmet comes and says, we don’t want these boundary-drying processes.

In fact, we want to get rid of boundaries. We would like o be able to draw boundaries around all humankind. In fact, not just humankind but animal-kind, all creations of God,

As you have, what Diana Eck would say is…

So, for a long time what we’ve seen on TV is exclusivist, boundary-drying projects.

People talking about who their people are, and everybody else is going to hell…

What you should be doing, and if you’re not doing that you’re going to hell.

And why we shouldn’t be talking to these people, and why they’re going to burn in hell and Hizmet is saying the opposite.

And Hizmet is a Muslim group, and we haven’t heard this.

In fact, there are other Muslim groups that have been saying this, but Hizmet has been particularly well-positioned recently, particularly successful perhaps because of its organizational success, people willing to donate time…

Members are working very hard, sacrificing, donating time, and so you have louder voices now.

It does make me proud as a Muslim, as a scholar of Islam, and also as a religious studies scholar to be able to see these inclusivist projects.

Hizmet Movement is unique because it doesn’t try to carry out what we call cultural and religious particularism. That would be the idea that your group is the best, that you have the only form of truth, that all other groups are impure, incorrect and that they are not worthy of time, or that they’re not worthy of learning something from them.

So, again, this is not cultural—Turkish—or religious—Islamic—particularism. This is the attempt to celebrate all of humanity. I think that’s why Hizmet is different from other religious groups.

You see some of that within other religious traditions, you do certainly, there are other groups that also have boundary-dissolving projects, but I haven’t seen this as actively carried out amongst the Muslim community, at least not successfully in the recent decade certainly.

Currently, what’s going on is that Erdogan has attempted to close the preparatory schools in Turkey.

So, I feel that recently what we’re seeing is somebody who… perhaps he has his plan, but his plan does not seem to be in the best interest of Turkey,

Certainly, it seems to be autocratic, I’m sensing that he’s a deeply autocratic person who doesn’t want to allow..

He’s called Hizmet a state within a state, which to me is a strange characterization.

Yes, Hizmet is a successful movement with a lot of influence and, in that sense, does have power in Turkey,

Nobody can deny that right now, but so do many organizations.

There are a lot of different organizations.

Those kinds of statements are derogatory, they’re pejoratives.

I know that Turkey is Turkish , and that’s also fine.

But it is hard for me to understand how that’s democracy.

How it’s a form of democracy if have Erdogan trying to silence a movement that is both religious and also humanitarian, charitable, and also has some political influence.

I know that it doesn’t want to play an overt political role but it has some political influence as do all groups.

All movements, all groups do…

But to not acknowledge them as participants in a vibrant democracy, and to try to silence them, I find this really disappointing. 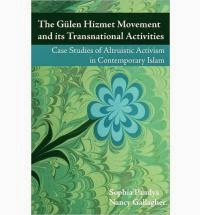 Profile:**Dr. Sophia Pandya specializes in women, religion, and globalization. She received her BA from UC Berkeley in Near Eastern Studies/Arabic, and her MA and PhD from UCSB in Religious Studies, with a focus on women and Islam. She co-edited the book titled The Gulen Hizmet Movement and its Transnational Activities: Case Studies of Altruistic Activism in Contemporary Islam.

*Produced by Spectra Media exclusively for Irmak TV, Atlas of Thoughts (Fikir Atlasi) connects the scholars, politicians, jurists, religious figures, journalists, and academics reflecting on Turkish Islamic scholar Fethullah Gulen and the Hizmet Movement with the audience. Each episode features a person from a different segment of the society with diverse experiences regarding the Hizmet activities and its volunteers. If you are interested to hear about the Hizmet and Mr. Gulen from these people’s perspectives, do not miss this show! Source: Fikir Atlasi (Episode 2), © Spectra Media, 25 March 2014, Tuesday