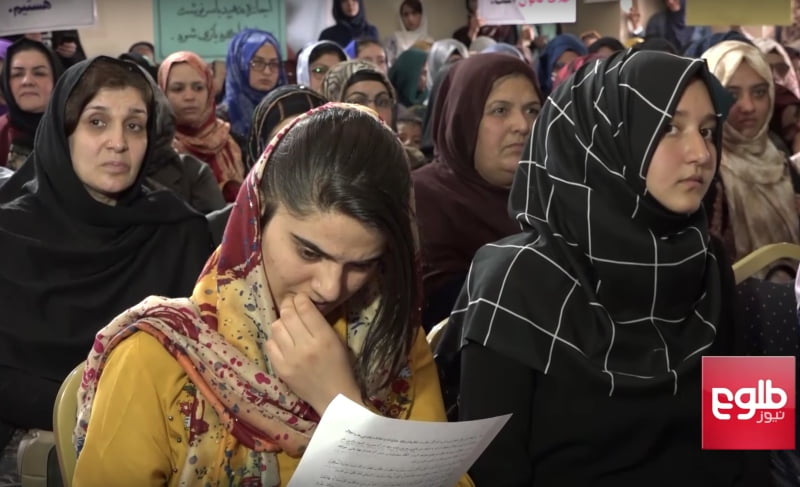 The protest was held the same day as the Turkish prime minister was in Kabul for talks with President Ashraf Ghani and CEO Abdullah Abdullah.

During the protest, the families said Turkish Prime Minister Binali Yildirim was in Kabul to discuss the issue of dissolving the institution that manages these schools.

The families asked government not to hand over the management of these schools to the Turkish government.

Families of students of Afghan-Turk Schools have called on government not to allow the Turkish government to take over the schools.

“Whatever the Turkish government wants is of no concern to us. But the Afghan government should not accept political pressure,” Fazel Ahmad Manavi, a member of the Afghan-Turk parents committee said.

Families of Afghan-Turk Schools students however said if government hands over the two teachers, who are currently under house arrest, to the Turkish government, the act will become a historical shame.

“In Afghanistan government’s history, no citizens of any country have been handed to its enemy. If the Afghan government hands the two Turkish teachers to the Turkish government, it will commit a historical shame,” Sediqullah Tawhidi, a member of the Afghan-Turk parents committee said.

Yildirim however said on Sunday Turkey appreciated the Afghan government for handing over the management of the schools to his government and said new teachers have come to Afghanistan and will soon start teaching at the schools.

“We appreciate Afghanistan government for handing the responsibility of the schools to the (Moaref Waqf Institution – Maarif Foundation) which is currently is under our control,” Yildirim said.

At the end of February, the Afghan government officially handed over the management of the Afghan-Turk Schools to Turkey’s education ministry. Government then announced that around 120 new Turkish teachers have arrived in Afghanistan to replace the previous teachers.

Officials from the Afghan-Turk Schools however said the original teachers are still teaching at the schools.

“Schools are still under our control. So far we do not know anything about the new teachers, but we continue our work,” Ahmad Fawad Haidari, deputy head of the Afghan-Turk Schools said.

Afghan-Turk Schools were established 23 years ago in Afghanistan and currently around 8,000 students attend 12 schools around the country.