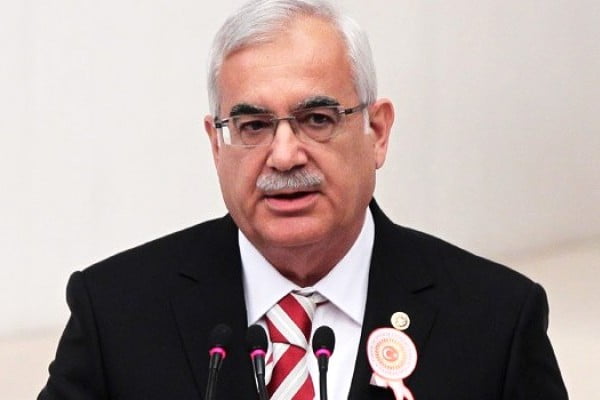 The unprecedented wave of defections from the ruling Justice and Development Party (AKP) continues, with İzmir MP İlhan İşbilen announcing his resignation Feb. 7 and criticizing the government’s stance against the U.S.-based Islamic scholar Fethullah Gülen.

İşbilen became the seventh member to resign from the AKP since the massive graft scandal went public on Dec. 17 and the ninth since the test prep school row that created the rift between Gülen’s Hizmet (Service) movement and the government.

The lawmaker, who is known for his closeness to the movement, said he has known Gülen for more than 50 years and has never heard such harsh words being directed against him.

“Despite everything I’ve waited, thinking that I could mediate between Fethullah Gülen and the prime minister. If the prime minister wanted this problem solved quietly, he would have probably called me,” İşbilen said.

He said he even asked for a meeting with Recep Tayyip Erdoğan on the issue, “but the answer that I expected did not come.”

“Didn’t Arınç, [Foreign Minister Ahmet] Davutoğlu, and [ex-Economy Minister Zafer] Çağlayan meet with Gülen and get their blessing?” İşbilen asked, while denouncing the accusations made against Gülen.

İşbilen rejected claims that Gülen asked lawmakers close to his movement to resign from the AKP, adding that he had not spoken to the scholar for over two months.

“But I have come to the point where even my close friends asked me: How could I remain in the party in spite of the harsh attacks against the Hizmet movement and Fethullah Gülen?” he said.

İşbilen also said that he learned bugs were placed in his house while pressure was exerted on the “foundation” of his wife and sister.

“At this stage, I don’t think there is any reason left for me to stay in the AKP,” he said.

Erdoğan has repeatedly accused Gülen’s movement of orchestrating the graft probe in order to damage the government, denouncing a “parallel state” within the police and the judiciary. The government has conducted massive purges within the police and the judiciary in the aftermath of the probe, interpreted as being directed at officials thought to be linked to the Hizmet movement.