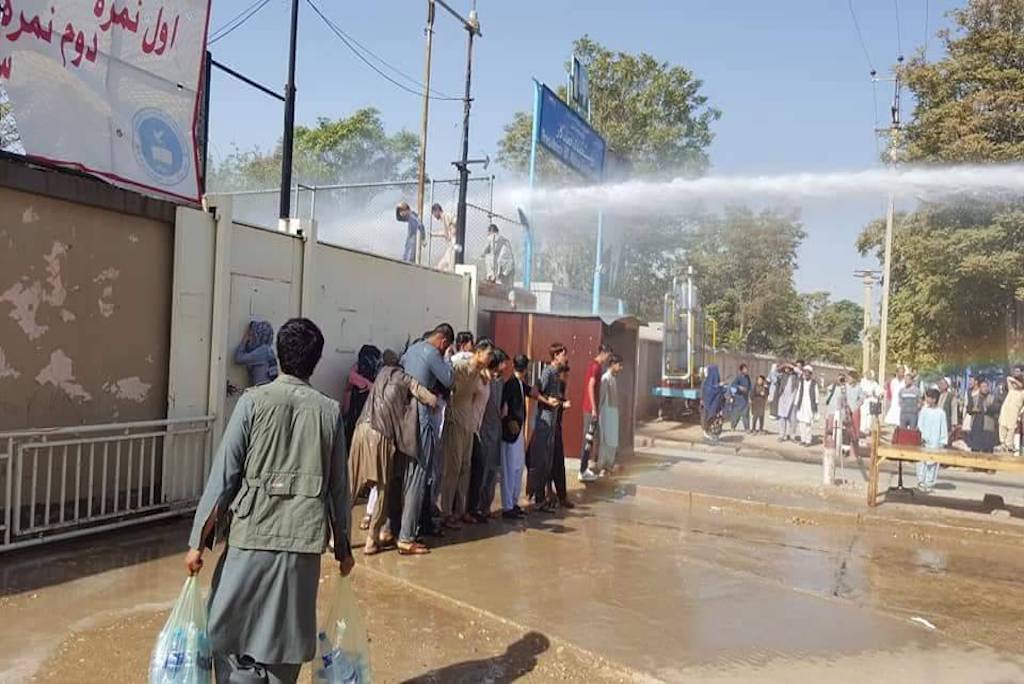 Afghan-Turk Boys High School in Shibirghan was raided by members of the Afghan security forces under the command of Uzbek leader Abdul Rashid Dostum, controversial First Vice President of Afghanistan, early Saturday morning and detained Turkish teachers, dozens of students and their parents in order to seize the school at the request of Turkish government led by President Recep Tayyip Erdoğan.

The school has reportedly been surrounded by the militias of the Dostum who do not allow anyone to enter or leave the School premises. According to the school administration, no legal justification has been provided so far.

A reliable source reported that the Governor of Jowzjan province together with the Police Chief will join the raid on both Afghan-Turk Boys High School and Afghan-Turk Girls High School in Shibirghan city at 6:00am local time on Saturday.

Turkish officials and the Turkish Embassy in Kabul have continuously targeted the schools and its staff over the past few years. The unlawful and politically motivated measures taken within recent months against the Afghan-Turk Schools have been perpetuated by the Turkish government.

It was claimed that Turkish President Erdoğan made a secret deal with Uzbek leader Gen. Abdul Rashid Dostum who returned from Turkey to Afghanistan last week. The raid on school today is taking place in Uzbek-domninated Jowzjan province.

In April 2018, Turkish embassy also involved in another provocative raid on a school affiliated with the Gülen movement in Mazar-e Sharif, the Northern city of Afghanistan, but failed when locals mobilised to protect the school and its staff. Parents collected 1 million petitions against transfer to Islamist Erdoğan’s Maarif Foundation.

Taliban shut down these school in 2001 but they were re-opened in post-Taliban era and often received praises in contributing to rebuilding the future of Afghanistan. Some 10,000 kids including 2,000 girls enrolled in the schools.

According to a recent report released by the Stockholm Center for Freedom (SCF), the government of President Erdoğan has jailed some 20,000 instructors and arbitrarily fired 34,185 public school teachers and 5,719 academics including professors from state universities within the last two years alone. They were branded as “terrorists” and “coup plotters” without any effective administrative or judicial probe and as such marked for life.

The government also shut down 1,069 privately run schools, most of which were the nation’s best performing science schools and were affiliated with the Gülen movement, and closed down 15 universities that were run by privately held foundations.

Most of the shuttered institutions were transformed into religious schools that are designed to raise a new generation of Islamist supporters for Erdoğan’s Justice and Development Party (AKP).

When all the closed institutions are taken into account, the total loss in value including fixed property and land is around $100 billion, one source estimates. The crackdown included foreign students who came to Turkey for study or Turkish students who were sent abroad on government scholarships.

#Erdogan‘s long arm is at work in #Afghanistan Jowzjan province. A Gulen school, one of the best performing ones in the country, is under crackdown by local forces at the request of Turkish gov’t. Boko Haram mindset is coming after long time resident Turkish teachers. pic.twitter.com/y3Yj4sY1rJ