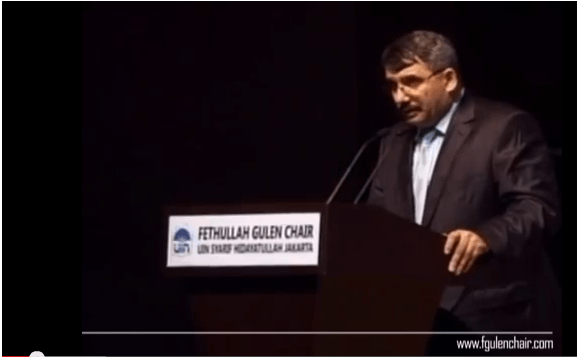 Indonesia is the world’s most densely populated Muslim country, and in many respects has the potential to become one of the leading countries in the world.

I have been living here for several years and, during this time, I have witnessed numerous intellectuals, scholars, opinion formers, community leaders and academics nurture and express favorable opinions about Fethullah Gülen, a well-respected Turkish Islamic scholar. Many of them haven’t seen Gülen in person, but have read or listened to his translated works or sermons, and even limited exposure to Gülen’s views has been enough to develop admiration for him.

Last year, I attended numerous seminars and conferences held at about 20 different universities and academic circles in Indonesia to promote “Sonsuz Nur” (Infinite Light), a biography of Prophet Muhammad written by Gülen. Every event I attended was further enriched with the participation of the leading intellectuals and scholars of the locality. Prominent Indonesian intellectual Emha Ainun Nadjib delivered a speech at the “Sonsuz Nur” conference at the State Islamic University in Yogyakarta. As he is a very popular figure in the country, the 7,000-seat conference hall was choke-full beyond its capacity. Nadjib analyzed the book for the eager audience. During his speech, he said: “The author of this book, the distinguished Fethullah Gülen Hocaefendi, is a man of heart who is a true follower of the Prophet. It is significant that such a man originated from Turkey. With its history, potential and location, Turkey is the apple of the eye of the Muslim world. Luckily, the venerable Gülen Hocaefendi has originated from the best location. I must note that he is the ‘hocaefendi’ [master teacher] not only for Turkey but also for the entire world. We cannot ignore him just because he is from Turkey. According to a hadith, ‘Wisdom is the lost property of Muslims; they should take it wherever they find it’; we should benefit from his works in the best way possible.”

Once, I paid a visit to Professor Ahmad Syafi’i Maarif at his home. He is a prominent intellectual and the former chairman of Muhammadiyah, one of the largest Islamic organizations in Indonesia, having more than 30 million followers and 14,000 schools, 456 hospitals and 114 universities and institutes in the country. “Come in, you young people who will shape the world,” he said as he let us in. He later attended the event held to promote “Sonsuz Nur,” and said at the end of the program: “Gülen is a scholar whose scope goes beyond Turkey. He is a prolific intellectual who pens admirable ideas. He is a wise man who is proficient not only in Islamic sciences, but also in Western thought. He is an educator, writer, poet and scholar who inspires millions of people. The freshness and elegance of his words appeal both to the minds and hearts of those who hear them.”

Professor Din Syamsuddin, the current head of Muhammadiyah, attended the “Ijma and Collective Consciousness” symposium held in Turkey with the participation of many scholars, academics, intellectuals, religious leaders, muftis and ministers from 84 countries. Later, we paid a visit to him, and he expressed the following views about Gülen: “I fully support Hocaefendi’s education and dialogue activities. This is a perfect service. We have recently established a TV station. A program about ‘Sonsuz Nur’ may be aired at the station. We can organize joint programs. We are ready to cooperate in every area.” Currently, “Sonsuz Nur” is being used as a textbook in several private high schools and a university, promoting love for the Prophet among thousands of young people.

Nahdlatul Ulama is another large Islamic organization which boasts some 50 million followers; Professor Said Aqil Siradj is its current chairman. He was first introduced to Gülen’s works during an event which promoted “Sonsuz Nur.” Professor Siradj describes Gülen in the following terms: “Gülen is a charismatic leader. He is a true scholar who tells us not only to stick to the principles of the Quran and Sunnah, but also to attach importance to technology and modernity. He is both a preacher and a thinker and he is a voice of international peace, tolerance and dialogue.”

Salahuddin Wahid, grandson of Nahdlatul Ulama founder Hasyim Asy’ari and one of the current leaders of the organization, has personally observed the heroic services performed by the people of Anatolia, and made the following comment: “With their services around the world, venerable Fethullah Gülen and his followers illustrate how Islam is a source of mercy for the universe. The Hizmet movement‘s activities constitute a perfect source of inspiration and a role model for Indonesia.”

Yusuf Mansur, a famous preacher in Indonesia, was struck when he listened to a subtitled sermon by Gülen about the Prophet Muhammad. “Years have passed since then, but I still get goose bumps when I remember that sermon,” he told us in one of our visits. “Thank God, I had the opportunity to hear Gülen’s voice as he talked about the Prophet. Oh my God! What a big love he has for the Prophet… Not only were the Muslims who originally listened to this sermon crying, but so were the Indonesian Muslims in the hall with me even though we weren’t listening to him live. That day, I developed a big liking for Gülen. He became a master teacher for me. I bought and read his books. I studied his life, ideas and actions. Glory be to God! I found many jewels in those books. I found a spirit, full of love, who embraces the entire world and who shares the beauty with other people. It is a blessing to live in the great family of Muslims as some benefit from his ideas and views directly and others, like us, benefit from them indirectly. With the hope that I might learn how to love the Prophet just the way he does, I long to visit my venerable teacher so that I can kiss his hand and hug him. I have a heartfelt desire to participate in the services performed by him and his followers in Indonesia and elsewhere,” he said.

Professor Yusny Saby, former rector of the State Islamic Institute in Banda Aceh, is a distinguished advocate of Islam who we met on several occasions. “Fethullah Gülen is a true heir to the Prophet. He serves as a source of inspiration for millions in terms of living for other people,” he said. Then, he asked with regret, “Aren’t we supposed to drive our friends and relatives to action with inspiration from him?”

Professor Amin Abdullah, former rector of the Islamic University of Yogyakarta, is one of the few Indonesian intellectuals who has had the opportunity to visit the head of the Hizmet movement. “Gülen is a farsighted modern Islamic scholar whose academic, cultural and social views have gone beyond his country’s borders. He inspires many young people about how to preserve their Islamic identity as they integrate with the modern world,” he said.

Fethullah Gulen’s books received a high attention of book enthusiasts at International Book Fair in Saudi Arabian capital city, Riyadh. Rated as one of the largest cultural events of the country, the book fair featured 957 thousand publishers from over 30 countries. This year’s guest of honor country was Morocco. Kaynak Publishing represented Turkey as […]