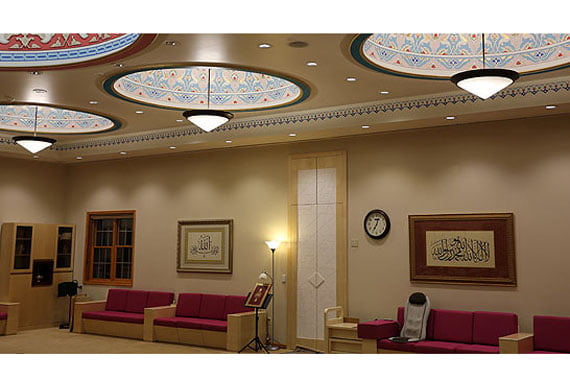 A room for religious and social activities in a social facility run by the Golden Generation Worship & Retreat Center in Pennsylvania. (Photo: CİHAN)

While speculation and news reports among some national media outlets have claimed that prominent Turkish Islamic scholar Fethullah Gülen lives in a luxurious mansion in Pennsylvania, close friends and lawyers of the opinion leader said Gülen lives in what they call a social facility belonging to a charity.

In response to what they call a smear campaign against Gülen portraying the Islamic scholar as living in a luxurious mansion, a lawyer representing Gülen said his client is known for his humble lifestyle that rejects luxury.

The place where Gülen lives has been a heated topic among the Turkish public given recurrent news reports that appear in dailies in an attempt to cast doubt on where the Islamic scholar, who left Turkey in 1999, resides.

Gülen has hosted dozens of Turkish journalists from media outlets representing all political persuasions, from seculars to liberals, at the house in which he stays in Pennsylvania.

This is a social facility, not a mansion, and it belongs to the Golden Generation Worship & Retreat Center, says Bekir Aksoy, president of the center. He said the foundation bought the land on which the facility was built in 1993 to serve Turks living in New Jersey, New York and Pennsylvania.

Aksoy said the facility is used for religious and social activities and serves as a center of retreat from daily affairs. Gülen only uses a room in the facility along with a guestroom for guests. 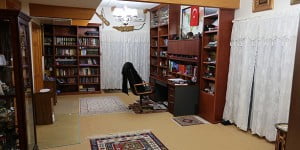 The room where Gülen stays in a social facility that belongs to the Golden Generation Worship & Retreat Center in Pennsylvania.