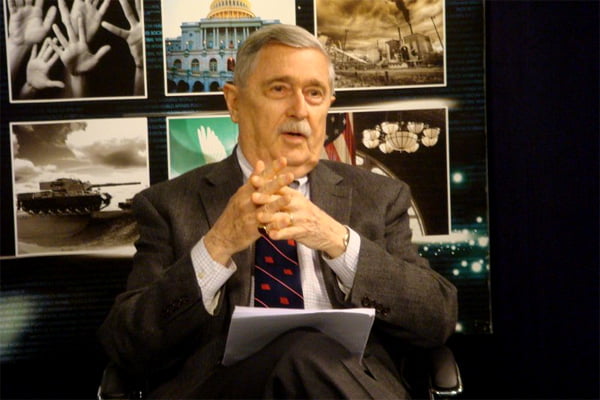 A former US ambassador has said he wishes Turkish intellectual Fethullah Gülen’s ideas will spread to the Arab world. David Newton, former US ambassador to Iraq and Yemen, said last week at an iftar (fast-breaking dinner) hosted by Maryland Turkish-American Inhabitants (MARTI), a non-profit organization established in December 2003, that “the mother of all values is tolerance.”

“Mevlana Jelaluddin Rumi is a great example of this [promoting tolerance], and he lived at a time when the world was not known for tolerance. Today, we need Fethullah Gülen’s ideas of tolerance, and I hope his ideas will spread to the Arab world,” he said about Gülen, one of the world’s most influential Islamic scholars. At the same dinner, County Executive Isiah Leggett noted that Maryland’s Montgomery county is unique in its great diversity, with students in their school district speaking 150 languages and coming from “literally all over the world.”

He spoke about the country’s New Hampshire Avenue as being “the houses of worship row” and stated that “diversity is strength for us, but also a challenge.” John Patrick McDonough, Maryland’s secretary of state, conveyed the greetings of Governor Martin O’Malley. “The legislative reception in Annapolis was a tremendous introduction to the Turkish community in the State of Maryland. We look forward to a long and cooperative relationship.”

Peter Kovach from the US State Department encouraged Muslims living in the United States to engage and continue dialogue with all Americans, including those who might not necessarily be friendly towards Muslims. “I’m talking about those who are beating up on Islam; we need to engage in dialogue with those that are not necessarily friends. With the wisdom of the Gülen movement, you have every tool in the arsenal for successful dialogue.”

In 2008 Washington, D.C.-based Foreign Policy magazine ranked Gülen number one in its “The World’s Top 20 Public Intellectuals” list. The survey is closely watched by millions all over the world and was dominated by Muslim intellectuals. The top 10 were all Muslim, among them two Nobel laureates: Turkish novelist Orhan Pamuk in No. 4 and Iranian human rights lawyer Shirin Ebadi in 10th place.

The evening of friendship and good food was capped off with a paper marbling demonstration, a traditional Turkish art form known as ebru. Guests included Montgomery county residents Laura Berthiaume from the Montgomery County Board of Education and Rumi Forum President Emre Çelik.

An iftar marks the end of the fasting day. During the lunar month of Ramadan, Muslims all over the world fast from dawn until sunset. MARTI-Rockville hosts iftars to promote dialogue and friendship in the community. MARTI-Rockville held a similar event on Aug. 12 with several distinguished guests, including Jane Gaffney, retired from the US State Department; Indrani Mitra, a professor at Mount St. Mary University; Jean Pierre LeBouder, a former prime minister of the Central Republic of Africa; Judy Docca and Shirley Brandman, both from the Montgomery county Board of Education; Tom Manger, Montgomery county chief of police; and Montgomery county councilmember George Leventhal.

MARTI has been serving the local community by organizing a variety of activities, including field trips, picnics, banquets, social gatherings, art and crafts exhibitions, and language and tutoring classes. It also conducts trips to Turkey to not only visit historical and touristic places but also to provide a real-life experience and understanding of the Turkish people and culture.

Last week I had the pleasure of accompanying a group of Jewish community leaders on a Niagara Foundation sponsored trip to Türkiye (Turkey). Our mission: to provide the group with windows into the Jewish experience in Turkey. One of the trip participants would describe this as, “not a Jewish trip to Turkey but a group of Jewish people traveling to Turkey.”