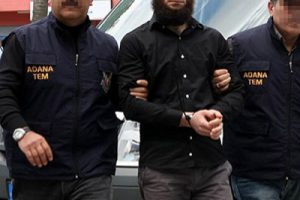 At least three people were detained in simultaneous police raids in Istanbul while a fourth person was detained in the central Turkish city of Kayseri, the state-run Anadolu Agency reported.

The police operation comes as Prime Minister Recep Tayyip Erdogan’s government is fighting allegations of corruption it says were instigated by followers of a moderate Islamic movement led by U.S.-based cleric Fethullah Gulen. The government insists that Gulen’s supporters have infiltrated Turkey’s police and judiciary and are out to discredit the government ahead of local elections in March.

The Humanitarian Relief Foundation, known by its Turkish initials IHH and which is close to the government, said that police searched its office in Kilis, near the border with Syria on Tuesday, and detained one of its employees there.

The group, however, said it has no ties to al-Qaeda and denounced the police raid as an attempt to smear the organization by linking it to terror groups.

“This is a deliberate attack on the IHH,” said Yasar Kutluay, the group’s secretary general. “They are trying to portray the group as an organization with links to terrorism.” He blamed Israel and Gulen’s supporters, for the operation.

The group operated a Gaza-bound ship that was stormed in 2010 by Israeli security forces in a raid that killed nine pro-Palestinian activists. It has played a prominent role in providing food and other aid to Syrian refugees in Turkey and its aid workers have crossed into Syria to provide help to people there.

The Anadolu Agency said a Qatari aid organization, working out of the IHH office in Kilis, was also searched, although no one was detained for questioning.