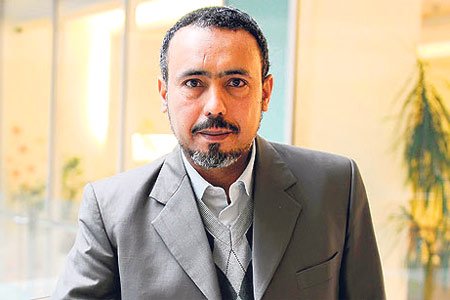 An Algerian author, Professor Mohammed Babaammi, said the biggest problem that the Muslim world faces in today’s world is that there are significant mismatches between the thoughts and actions of Muslims.

He adds that there is a lack of connection between the heart and the mind, and between thought and conscience. “So far I have seen this connection only in Fethullah”, Babaammi said. According to the Algerian professor, the transformation of Gülen’s ideas into reality was the outcome of the successful connection between the heart and the mind, and he calls this the “Gülen model.” “Gülen is not someone who separated mind and action, he has brought these two aspects together and acted upon this,” he said. “This is what makes this movement different from other Islamic organizations.”

Babaammi says if the Arab world embraces the Gülen model, it will be able to find a cure the problems it has had for centuries. “In fact I believe that the Arab world would embrace such model as it is coming from people who share the same belief and geography with Arabs,” he said.

The Algerian professor says that both the Western and Muslim worlds’ systems are problematic. He says that in the West, humanitarian values are mainly far from friendship and brotherhood and solely based on principles. On the other hand, the Muslim world’s humanitarian values are based on brotherhood and loyalty but very far from discipline and based on loose principles. “In The Gülen model, we see that the positive sides of West and East work perfectly in harmony. There are both principles and discipline, and also brotherhood and loyalty, too. This is what distinguishes the Gülen movement from others.”

According to Babaammi, the Arab world is currently going through an era of finding an appropriate system for their countries after their regimes either collapsed or started reforms. He added that the thing they call a “Spring” is in fact a fire that burns the Arab nations.

“Gülen has been saying for many years that he is expecting to see a golden generation, which will strive to change the corrupted system of Muslim countries. In fact he has built his system around this idea. However, the revolution that Gülen expected is not about holding demonstrations on the street but in peace with talks, according to Babaammi.

The Algerian professor added that he learned about Gülen through 13 of Gülen’s books that have been translated from Turkish to English.

Source: Summarized from an article on Today’s Zaman entitled ‘Biggest obstacle of Muslim world: disconnect between thought and action’ http://www.todayszaman.com/news-275310-biggest-obstacle-of-muslim-world-disconnect-between-thought-and-action.html