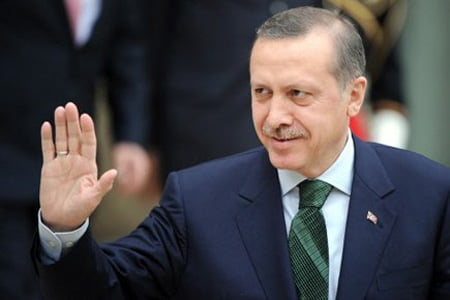 Self-exiled Islamic leader Fethullah Gülen should return to Turkey, Turkish Prime Minister Recep Tayyip Erdoğan suggested last night without directly mentioning the controversial religious figure by name. “We want this yearning to end,” Erdoğan said. “We want to see those who are abroad and longing for the homeland among us.”

Erdoğan’s remarks came after he was granted a special award during a ceremony marking the end of the Turkish Olympics, an event that is connected to the Gülen movement (aka Hizmet movement).

Gülen has been living in Pennsylvania for 13 years.

“[Erdoğan] was hesitant before when I mentioned my desire for [Gülen’s return],” Deputy Prime Minister Bülent Arınç said. “He didn’t want it to cause any distress in the country. But now even the opposing sides know Fethullah Gülen is innocent. He is a lover of Turkey, a man that holds this land above anything. I hope the prime minister’s wish becomes reality. We would love to greet Gülen here in Turkey.”

“Turkey’s assets should be in Turkey. Our wish is for this longing to end,” Bozdağ said.

The prime minister’s remarks, however, failed to move the Nationalist Movement Party (MHP), with party member Oktay Vural telling daily Hürriyet that it would be absurd to discuss the return of an individual who is already a Turkish citizen.

“There is no need to question his return,” Vural was quoted as saying. “If he wishes to return, he is capable of knowing his options.”

Below is the same news on Today’s Zaman

Turkish Prime Minister Recep Tayyip Erdoğan has openly invited Turkish Islamic scholar Fethullah Gülen to Turkey in a speech he delivered during the closing ceremony for the 10th Turkish Olympiads amid a standing ovation from a crowd of over 50,000. 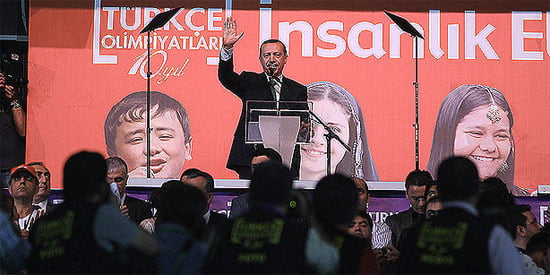 Erdoğan, who spoke after he was granted a special award by the organizing committee of the Olympiads, implied that Gülen, without directly mentioning his name, should return to Turkey as soon as possible. The well-known scholar has been residing in the US for nearly 13 years.

“We want this yearning to end,” he said, receiving a lengthy standing ovation from the crowd, in a rare blunt invitation for Gülen to return to his homeland. Erdoğan added, “We want to see those who are abroad and longing for the homeland among us.”

Responding to the lengthy applause, Erdoğan further said he understands that the crowd also wants “this yearning to end.”

Gülen is a Turkish Islamic scholar well known for his teachings that promote mutual understanding and tolerance between different cultures and faiths. Now residing in the US, Gülen has pioneered educational activities in a number of countries, along with efforts to promote intercultural and interfaith activities around the world. The Turkish Olympiads are an initiative pioneered by schools associated with him.

He has also written nearly 60 books in Turkish, most of which have been translated into dozens of languages. He was most recently honored with the EastWest Institute’s (EWI) 2011 EWI Peace Building Award for his contribution to world peace.

Gülen is in self-imposed exile in the US even though there is not any legal hurdle that prevent him from returning to Turkey. Shortly after he went to the US, in 2000, then-State Security Court (DGM) prosecutor Nuh Mete Yüksel launched a case against him on charges of establishing an illegal organization, but he was eventually acquitted after eight years. Upon appeal, the General Criminal Chamber of the Supreme Court of Appeals upheld the acquittal.

Representatives of automotive manufacturing companies from 27 countries were in the city of Konya on Tuesday to participate in a trade and investment summit organized by the Turkish Confederation of Businessmen and Industrialists (TUSKON).