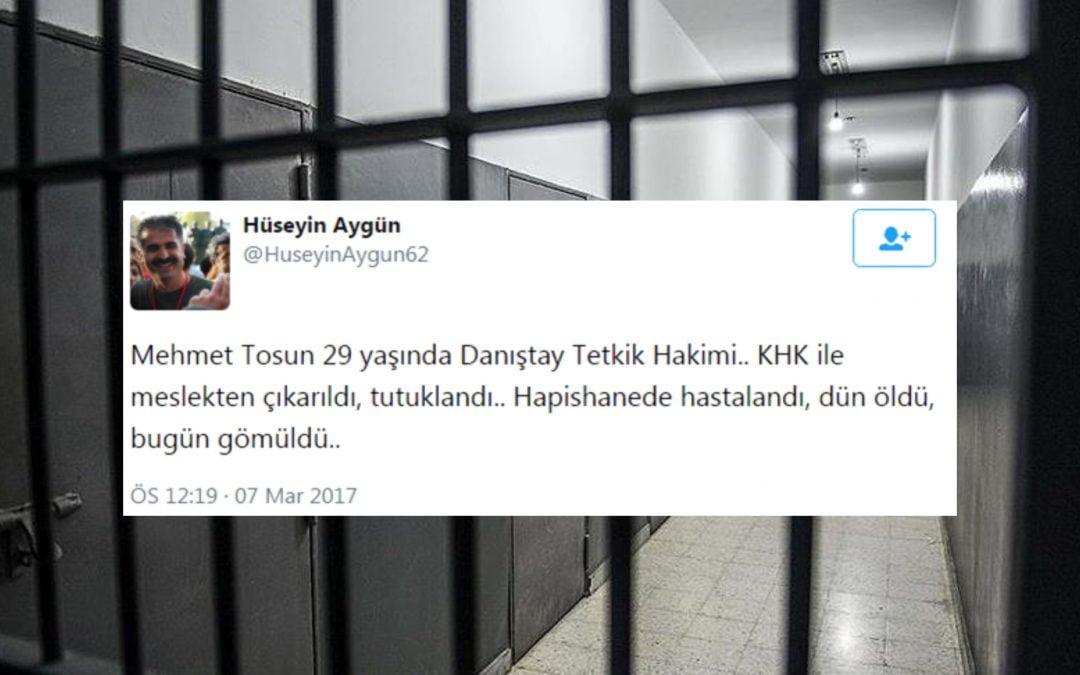 Mehmet Tosun, a 29-year-old Turkish judge who was expelled from his job and subsequently arrested over alleged involvement in the coup attempt, died of cancer in prison on Monday morning.

In the currently ongoing post-coup purge, a total of 4,070 judges and prosecutors were purged over alleged coup involvement or terrorist links. Also, over 135,000 people, including thousands within the military, have been purged due to their real or alleged connection to the Gülen movement, according to a statement by the labor minister on Jan. 10. As of March 1, 93,248 people were being held without charge, with an additional 46,274 in pre-trial detention.

Turkish government branded Gülen movement as terrorist group and blamed the failed coup to the movement without presenting any direct evidence. Strongly denying any role in the putsch, Fethullah Gülen, whose views inspired peaceful civic group called by his followers as “Hizmet” but popularly known as Gülen movement, called for an international investigation into the coup attempt. Turkish government has never responded to this offer, instead secured a gag order on media on coup investigation.

The government also prevented Gen. Chief of Staff and intelligence chief from testifying in Parliamentary commission probing coup attempt and abruptly disbanded the commission despite objections from the opposition lawmakers.

Turkey’s autocratic President Recep Tayyip Erdoğan — calling the coup attempt “a gift from God” — and the government initiated an unprecedented mass purges from state institutions, aimed at clearing anybody who is believed to be not supportive of Islamist government in Turkey. Many were jailed afterwards pending trial with ambiguous charges. (SCF with turkeypurge.com) March 7, 2017