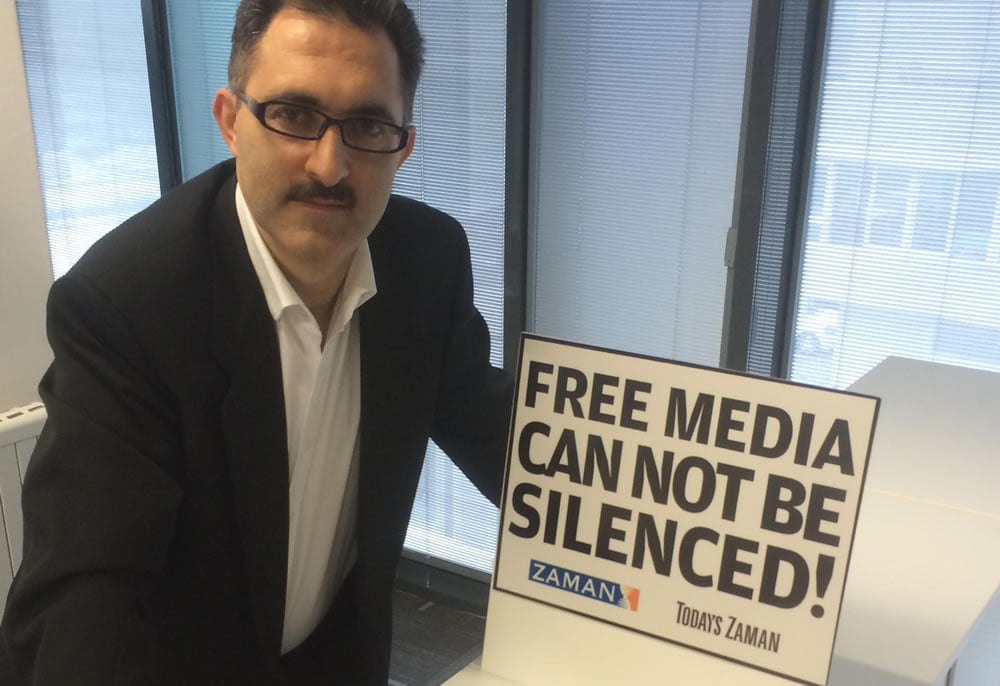 My newspaper, Zaman, which had the largest circulation in Turkey, was unlawfully seized by my government back in March, turned into a government mouthpiece overnight, and shut down in July with 160 other media outlets.

I was one of the 3 000 honest working men and women who suddenly found themselves unemployed after having worked for the national daily for years.

Yet, reading a rosy commentary by the Turkish ambassador to South Africa, Kaan Esener, who tried to whitewash apartheid-style injustices perpetrated by the country’s authoritarian leadership, I felt he was talking about a distant planet I had little or no knowledge of.

Let’s check the facts and look at the bitter truth:

Using the failed military coup attempt on July 15 as a pretext, President Recep Tayyip Erdogan orchestrated a huge purge of more than 100 000 people from the civil service without bothering to implement administrative or judicial investigations.

Many judges, prosecutors, teachers, doctors, journalists and others who had nothing to do with the coup attempt were dismissed because they were believed to be affiliated with opposition parties, minorities or social groups.

About 43 000 people were detained, while about 24 000 were arrested under emergency rule.

Erdogan’s regime ordered that 1 254 associations and foundations be closed down in accordance with the arbitrary decision of the executive branch.

As of today, 120 journalists, some of them such senior figures as TV anchors, editors-in-chief and publishers, have been put behind bars. This is more than the combined figure for the most notorious offenders, such as Iran, Russia and China.

This is a dramatic escalation of the crackdown on freedom of the press and speech, given that “only” 14 journalists were in jail in December, according to the Committee to Protect Journalists in New York.

Against this background, one cannot help but concur with Shannon Ebrahim, Independent Media’s Foreign Editor, who wrote that what was happening in Turkey made the McCarthy era in the US during the 1950s look like a picnic.

There are few examples in history we can draw on to make sense of what is happening. It is like an amalgamation of Nazi-era practices and apartheid-era brutal oppression.

The Turkish government’s actions even resemble aspects of North Korea’s dictatorship, where not only those accused, but their spouses and relatives, face harsh punishment, if not death by firing squad.

The Turkish ambassador was quick to play judge, jury and executioner in blaming cleric Fetullah Gulen, 78, for the coup attempt and for the huge corruption investigations that incriminated Erdogan and his family in December 2013.

Gulen has been living in self-imposed exile in the US for 15 years. Gulen, an outspoken Islamic scholar who lambasted Erdogan for corruption and the exploitation of Islam for political purposes, has repeatedly denied any involvement in the coup attempt or the corrup-tion investigations.

The government has failed to present any evidence linking him to either of these. The only evidence offered has come from testimonials allegedly provided by suspects in custody. Yet pictures filed by the state-run news agency showed these suspects had been severely beaten and tortured by the police while being questioned.

Amnesty International has documented serious violations of the human rights of people in detention since the coup attempt.

In a secret document, leaked to the media last week, the government ordered the police to hide torture evidence on the eve of the critical visit by the Council of Europe Committee for the Prevention of Torture between August 29 and September 6.

Any testimony obtained under torture against Gulen must be discounted.

This was 41.7 percent of all such judgments among the 47 countries.

Other branches of the Council of Europe – which champions the rule of law, fundamental rights and democratic principles – have issued robust statements on rights violations in Turkey.

Erdogan’s Justice and Development Party, which has been in power for 14 years, has constantly blamedconspiratorial campaigns, without producing any evidence.

People have been writing critically of Gulen for more than 30 years. Erdogan has also used many opposition parties, business groups, NGOs, minorities – including Alevis and the Kurds – as scapegoats for his shortcomings in governance.

His government has failed to resolve some of the murders of writers and intellectuals in the past 10 years, and must be held to account for this.

In July, Turkey jailed a top-notch investigative journalist, Bayram Kaya, who wrote a book about the murder of Armenian-Turkish journalist Hirant Dink, revealing how secret government agents had been implicated. Kaya had been working for Zaman until the government takeover.

Erdogan and his administration were quick to get gagging orders from partisan judges, who issued a blanket ban on the media reporting anything that might damage the government’s reputation. This includes anything related to the coup investigation.

When members of an Erdogan-aligned religious foundation, Ensar, were involved in the sexual abuse of as many as 45 boys earlier this year, the government rushed to secure a gagging order to protect its political allies. The Islamic State of Iraq and Levant has staged several suicide attacks in Turkey, prompting the government to issue a media blackout.

When a 9-month-old refugee girl from Syria was molested by a Turkish man last month, the government hastily arranged a gag order – not to protect the baby’s identity, but to contain the possible damage to itself.

Turkey under Erdogan’s iron rule has no interest in revealing facts and truths. It tries to sustain the Erdogan regime with manipulations and distortions.

It is time to stand up to a dictator who is comparable with some of the worst dictators in modern history.

It was on record that President Erdoğan became increasingly disturbed by all kinds of criticism after the Gezi Park protests that developed into anti-government demonstrations in the summer of 2013. The government felt seriously threatened by the nationwide protests caused by Erdoğan’s insulting language towards all dissidents.