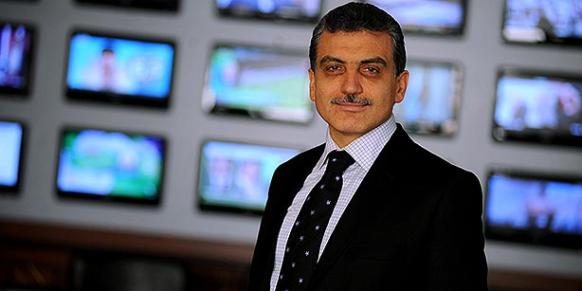 Karaca, who was detained in the government-backed media crackdown on Dec. 14, 2014, along with Zaman Editor-in-Chief Ekrem Dumanlı, directors and producers of a popular television series and police officers, was then arrested on Dec. 19 on the suspicion of heading a terrorist group based on a TV series that was broadcast years ago on his television station.

In his letter, Karaca thanked all those who have showed him full support since he has been in jail, including parliamentarians who visited him in Silivri Prison in İstanbul. Main opposition Republican People’s Party (CHP) deputies Oktay Ekşi, Mahmut Tanal, Sezgin Tanrıkulu and Ali Özgündüz as well as independent parliamentarians İlhan İşbilen, Hakan Şükür, Hasan Hami Yıldırım, Muhammed Çetin and Democratic Progress Party (DGP) leader İdris Bal were some of the deputies who have visited Karaca in Silivri Prison.

Karaca’s letter, titled “Guard Duty for Democracy,” was released in a press statement on Monday. Underlining the restrictions that the Justice and Development Party (AK Party) government has placed on Turkish media outlets, Karaca said that he is in prison because of two pieces of dialogues in the popular “Tek Türkiye” (One Turkey) TV series, a fictional soap opera that portrayed anti-terrorist battles in Turkey and aired on Samanyolu TV in 2009. Expressing his sorrow over Turkey’s poor image in the world with regard to democracy and freedom, Karaca ended his letter by saying, “A beautiful spring comes after every severe winter. Flowers blossom in spring.”

As the İstanbul First Penal Court of Peace has issued an order of confidentiality regarding the Dec. 14 investigation, the suspects and their lawyers have not been allowed to see the content of the investigation files. The suspects were questioned as to whether they — in collaboration with the police — were part of a plot aimed at imprisoning members of an al-Qaeda-linked Islamist group known as Tahşiyeciler (Annotators). Several lines of dialogue in an episode of “Tek Türkiye” were used demonstrate Samanyolu’s alleged role in the imprisonment of several individuals associated with Tahşiyeciler in 2010.

The court also issued an arrest warrant for US-based Turkish Islamic scholar Fethullah Gülen on Dec. 19, 2014, claiming he is the leader of the group that targeted Tahşiyeciler; however, no evidence has been provided.

President Recep Tayyip Erdoğan and the AK Party have targeted the faith-based Gülen movement, inspired by the teachings of Gülen and also popularly known as the Hizmet movement, accusing it of being behind graft probes of government corruption that went public in December 2013 as part of an effort to unseat the current government. Both the Zaman daily and the Samanyolu Broadcasting Group are affiliated with the Hizmet movement.