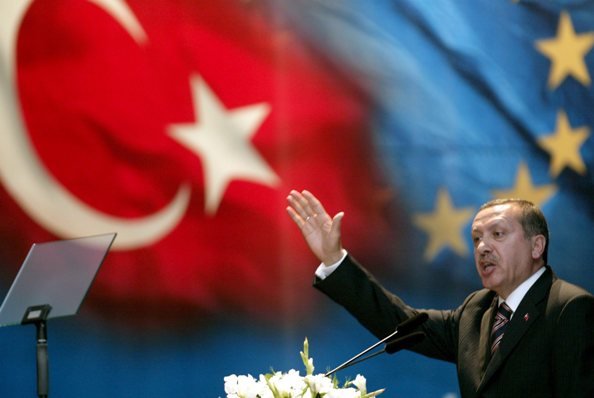 Prime Minister Recep Tayyip Erdoğan is set to embark on a two-day trip to Brussels, marking his first visit to the EU’s capital since 2009. Erdoğan will hold tough talks on the future of Turkey’s accession process, in the face of mounting criticism over the government’s recent steps to curb judicial independence, restrict the use of the Internet, and limit freedom of expression.

Although the prime minister argues that an ongoing corruption and graft probe engulfing his own ministers is simply a plot hatched by an “illegal gang” that he describes as “parallel state” operated by Fethullah Gülen, a cleric in self-exile in the U.S., EU officials have made clear that such rhetoric has not been bought in Brussels. Furthermore, the EU has issued several statements urging the Turkish government not to curb judicial independence through a controversial recent change to key supreme judicial bodies.

“We are ready to discuss everything, including the HSYK [the Supreme Council of Judges and Prosecutors],” said Foreign Minister Ahmet Davutoğlu yesterday. “If there is anything that stands contradictory to EU standards, we will listen to this.”

Erdoğan, accompanied by a large delegation including Davutoğlu and EU Minister Mevlüt Çavuşoğlu, is expected to arrive late today in Brussels, where he will meet senior EU officials and representatives of the Turkish community residing in Belgium tomorrow.

A statement issued by the prime ministry stated that Erdoğan would meet with European Council President Herman van Rompuy, European Commission President Jose-Manuel Barroso, and European Parliament President Martin Schulz. Apart from one-on-one meetings, the four officials will come together during a lunch tomorrow, which will be followed by a joint press conference.

Unlike other leaders of candidate countries, Erdoğan is not a frequent visitor of Brussels. His last visit to the EU’s headquarters was January 2009.

The significance being attached to this trip is very high, as it coincides with an unprecedented internal crisis that has thrown Erdoğan into a deep struggle against the Gülen movement, also known as “Hizmet” (Service), which has had repercussions on ties with the EU. The government’s rush to step up its control of the judiciary, as well as the massive purge of prosecutors and police officers to impede ongoing corruption and graft probes, have received strong reactions from Brussels. Some European lawmakers have called on the EU Commission to suspend membership negotiations. What fueled the crisis was the government’s insistence to change the structure of the HSYK, a move that has been interpreted as a clear violation of the principle of rule of law and separation of powers.

‘Judicial independence is a must’

Davutoğlu, who is due to accompany Erdogan on his trip, acknowledged that the judicial changes would be high on the agenda. “Judicial independence is a must. But there is a line between judicial independence and the political preferences of executive power. The executive body has the right to conduct its own policies. The judiciary can test the compliance of those things with the law, but the HSYK cannot be turned into a mechanism that puts pressure on judiciary,” he said.

“Nobody should be suspicious of the level of democratization in Turkey. We are ready to listen to all sorts of criticism from the EU” Davutoğlu said, adding that those criticisms must be based on EU norms.

The Turkish foreign minister also said that the EU should open negotiation Chapters 23 and 24, in order to build relations on stronger bases.

Both chapters, on fundamental human rights and the rule of law, are key chapters for the further advancing of negotiations, but are currently blocked by Greek Cyprus.

The minister said he hoped the atmosphere in Turkey would calm down in the next couple of months, claiming most of the recent developments were “manipulations ahead of March 30 local elections.” “We will overcome that crisis establishing more democratic structures based on human rights, and which assign relations with the executive, judicial and legislation in a better way,” Davutoğlu stated.