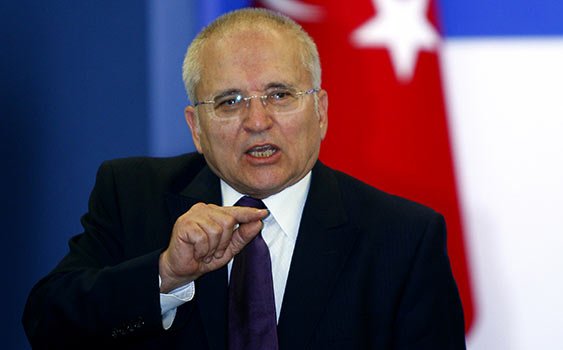 Former AK Party delegate Özdalga criticized the gov’t on all fronts, including the corruption cover-up, persecution of Hizmet, as well as regional policies.

Former AK Party delegate Özdalga criticized the gov’t on all fronts, including the corruption cover-up, persecution of Hizmet, as well as regional policies.

However, things have changed drastically at the turn of the decade. The AK Party’s ambitions of becoming a regional powerhouse collapsed; the authoritarianism of Erdoğan skyrocketed. The final straw for Özdalga was the government cover up of a key 2013 corruption probe which resulted in purges in the judiciary and a wrongful attempt to frame the Hizmet Movement of influential Islamic Preacher Fethullah Gülen as a national security threat.

As Turkey’s neighbors are engulfed in a conflict with the expanding Islamic State of Iraq and the Levant (ISIL), Turkey has been left isolated. A major problem according to Özdalga is the AK Party’s foreign policy, based strictly on ideological ground, which destroyed its relations with Syria and Egypt.

On Syria the ex-AK Party delegate reflected on Turkey calling for the removal of president Bashar al-Assad, and giving support to extremist elements in Syria as Arab Spring spread there in 2010. “Turkey bet that Bashar al-Assad would be removed in three months. Diplomatic relations were cut off. We opened our border practically to any militant other than ISIL or al-Nusra.” He added, “Turkey created its own opposition, which became consolidated amongst the radical groups such as ISIL and Al Nusra,” an approach Özdalga refers to as “irrational.”

According to Özdalga the inconsistencies and contradictions of Turkey’s foreign policy were most clearly in exposed in Egypt and Sudan, where military leaders had overthrown elected leaders.

“The AK Party acted in vigilance and broke off ties with General Sisi for overthrowing the Egyptian government in a coup, as if the AK Party was itself democratic. Meanwhile in Sudan Omar al-Bashir’s military coup was much bloodier. But instead of cutting off ties with al-Bashir the AK Party advocated him simply for the reason that al-Bashir was an Islamist and Sisi was secular.”

Undemocratic trend in the AK Party

Expressing that his departure from AK Party was for much the same antidemocratic tendencies he previously observed in the secular parties DSP and CHP, Özdalga highlights; “As time progressed Recep Tayyip Erdoğan became the sole authority in the AK Party. He has removed every other influential figure. This was his ultimate goal anyways.”

“The AK Party is underwriting a systematic policy which will result in the end of law and democracy.” As an example Özdalga sites the strong-arm tactics which curb the media, including forcing media bosses to fire outspoken journalists.

According Özdalga the main reason for his departure from the AK Party was the October ruling which dropped the 2013 December 17-25 corruption probe, which leveled charges of bribery and embezzlement against the businessmen and individuals in the ruling AK Party.

“The fact that the ruling AK Party sought to cover up the allegations was a grand mistake. To cover that up was one of the biggest corruption scandals in the history of modern Turkey…the party systematically tampered with the judiciary,” states Özdalga.

On the subject of the government attempt to categorize the Hizmet movement as an ememy of the state in Turkey’s longest-ever National Security Council meeting held last week, Özdalga expresses what he sees as blatant illegality. “This is a revenge operation, for which they are trying to form a psychological support.” Erdoğan added the movement into the famous ‘red book,’ consisting of threats to the state.

In the aftermath of the 17-25 December corruption probe the AK Party’s attacks on the Hizmet movement have been widely criticized as a search for a scapegoat in an effort to undermine the severity of the charges. Özdalga agrees with all of this stating, “They [the government] are afraid of a result that won’t benefit them.”

Özdalga also criticized ex-Zaman newspaper writer Hüseyin Gülerce, who defended the government while accusing Hizmet for conspiring against the state. Noting Gülerce’s demeanor as a pious Muslim, Özdalga noted “He is harming religion.”