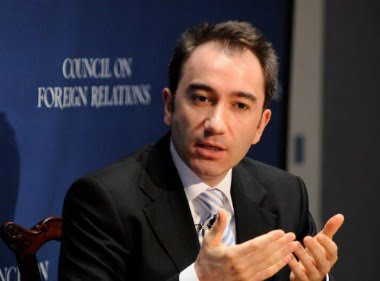 If there is any “national” opinion in Turkey today, it is that Israel should have apologized for killing nine civilian Turks on the Mavi Marmara. From Islamists to secularists, or nationalists to liberals, I have heard nobody who thinks that the Israeli soldiers were justified in what they did on that Gaza-bound civilian ship. Nor has anybody, to my knowledge, applauded the “no apology” decision of Israeli Prime Minister Benjamin Netanyahu.

In fact, the discussion had begun much earlier, right after the Mavi Marmara incident, when the most influential Islamic leader in Turkey, Fethullah Gülen, who has lived in the United States since 1998, gave an interview to the Wall Street Journal. Among other things, Gülen said that the organizers of the Gaza Flotilla should have sought an accord with Israel before attempting to deliver aid. “Defying authority,” he explained, “will not lead to fruitful matters.”

But this unexpected view of Gülen, as significant as it was, remained limited to the “Gülen Movement,” which considers him a spiritual guide. The broader Islamic camp remained strongly in favor of the activism of the Mavi Marmara, without any restraint.

Last week, however, a new discussion began with a column by Yıldıray Oğur in daily Taraf. Taraf is a passionately anti-militarist paper whose writers are “radical democrats” from various walks of life, ranging from former Marxists to liberal-minded Muslims. Mr. Oğur, who fits the latter description, has prestige within the conservative pro-Justice and Development Party, or AKP, camp, thanks not only to his solidly anti-Kemalist columns, but also his leadership in the “Young Civilians” movement. (The movement is a pun on, and an answer to, the “Young Officers,” which has been a euphemism for coup-craving soldiers within the Turkish military.)

In his piece dated Sep. 8 and titled “Self-Criticism Commission Report,” Oğur first explained that he supported the whole aim of the Mavi Marmara mission, considered its victims as “martyrs,” and condemned the Israeli military for executing them. But this, he argued, should not be the end of the debate. Turks should also question, he said, why some of the activists on the ship, instead of sticking to nonviolent disobedience, decided to resist Israeli commandos violently with iron bars. We Turks, Oğur argued, should see this, and be “more honest to reality.”

In the next few days, various writers in the Islamic camp criticized Oğur, some of them quite harshly, accusing him of blurring the black-and-white nature of a very justified cause. On Twitter, some even suggested that he should begin to write for the Jerusalem Post rather than the Turkish press.

To deepen the discussion, I invited Oğur to my weekly TV show, “Political Reason,” on TGRT News, a conservative national channel. For more than 90 minutes, we expanded on his criticism on the lack of a fully nonviolent response to Israeli aggression on the Mavi Marmara. On the one hand, the activists were justified in protecting their ship from piracy in international waters. But, on the other hand, it would have been much better if they decided to remain absolutely nonviolent, as the activists on the other ships of the Gaza flotilla did.

Similarly, Oğur and I agreed, Palestinians have the right to resist Israel militarily. But it would be wiser, and morally more commendable, if they chose to resist in the way that Mahatma Gandhi stood against the British. Many viewers agreed via Tweets and emails.

This debate is likely to go on, and will hopefully bring some more nuances to the Turkish position on Mavi Marmara. If the same thing happens among Israelis, too, then, perhaps, a political “tikkun” between Turkey and Israel might become more possible than it seems.

* For all of Mustafa Akyol’s works, including his recent book, ‘Islam without Extremes: A Muslim Case for Liberty,’ visit his blog, TheWhitePath.com. On Twitter, follow him at @AkyolinEnglish.