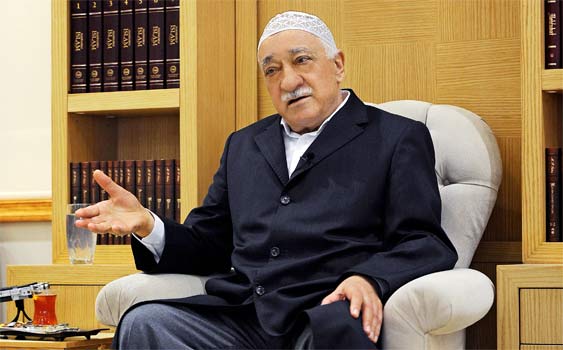 Turkey is demanding that the U.S. extradite Fethullah Gulen, the Pennsylvania-based Islamic leader whom Ankara accuses of orchestrating this month’s failed military coup. “The evidence is crystal clear,” Prime Minister Binali Yildirim told the Journal Tuesday, adding that Washington’s request for evidence of Mr. Gulen’s guilt is superfluous “when 265 people have been killed.” If that’s Mr. Yildirim’s standard of proof, Washington should deny the request.

The Turkish government has wasted no time pursuing its enemies since the July 15 coup. President Recep Tayyip Erdogan ordered a three-month state of emergency and dismissed tens of thousands of civil servants, including some 3,000 judges. Thousands more have been detained and held in brutal circumstances. Academics are banned from leaving the country. Forty-five newspapers and 16 television stations have been shuttered. A campaign launched in the name of restoring democracy increasingly looks like an effort to impose dictatorship.

The government accuses Mr. Gulen of operating a parallel state apparatus from his home in the Pocono Mountains, where he has lived since the late 1990s. Mr. Gulen’s Hizmet, or “Service,” movement has made no secret of placing its supporters and students in influential positions, and many Turks—including those politically opposed to Mr. Erdogan—believe at least some Gulenists were involved in the coup. Mr. Gulen, who preaches a moderate form of Islam, adamantly denies the charges.

Often forgotten in this feud is that Messrs. Gulen and Erdogan are erstwhile political allies who worked together during Mr. Erdogan’s earlier years in office to undermine the old secular order. Their methods were often unseemly and illiberal, including mass trials for military officers and others accused of dubious conspiracy charges against the government.

The pair fell out in recent years in a personal rivalry that recalls Joseph Stalin’s feud with Leon Trotsky. In 2013 Mr. Erdogan accused Gulenists in the Turkish judiciary of trying to undermine his rule with criminal investigations into the allegedly corrupt dealings of senior members of Mr. Erdogan’s inner circle and their families. Mr. Erdogan quashed the investigation and purged thousands of prosecutors, judges and police thought to be sympathetic to the probe.

All of this may explain Mr. Erdogan’s animus, but it doesn’t prove Mr. Gulen’s guilt. Motivation alone does not establish culpability. Cultivating followers is not a crime. Ankara claims that one of the putschist officers who detained Chief of the General Staff Hulusi Akar during the coup offered to put him in touch with Mr. Gulen, and Gen. Akar has filed an affidavit to that effect. But he isn’t exactly a disinterested party.

The government also cites testimony from Lt. Col. Levent Turkkan, an aide to Gen. Akar, who has allegedly confessed to carrying out the coup under the direction of the Gulen network. But postcoup photographs of Col. Turkkan show him with scars on his body and across his face, and with purple eye sockets. The possibility that his confession was coerced can’t be ruled out.

None of this seems to have convinced the Obama Administration, with Secretary of State John Kerry reminding his counterpart that “we need to see genuine evidence” and that “we have a very strict set of requirements that have to be met for an extradition to take place.”

That’s the right note to strike, especially toward a government that seems to have trouble distinguishing fact from fantasy, much less recognizing the rule of law. Turkish media are now circulating allegations that American Gen. John Campbell, the retired commander of NATO forces in Afghanistan, was the coup’s other mastermind. Perhaps the Zionists and Freemasons were in on it, too.

Ankara has now taken to issuing veiled warnings that failing to extradite Mr. Gulen would damage U.S.-Turkish relations. Immediately at stake is the air base at Incirlik, a major platform for U.S. operations against Islamic State in Syria and Iraq. But the U.S. has other basing options in the region, and a compelling interest not to submit to the bullying of an angry autocrat. Mr. Gulen may be no saint, but until Ankara offers convincing proof of his guilt he has every right to remain in his American home.