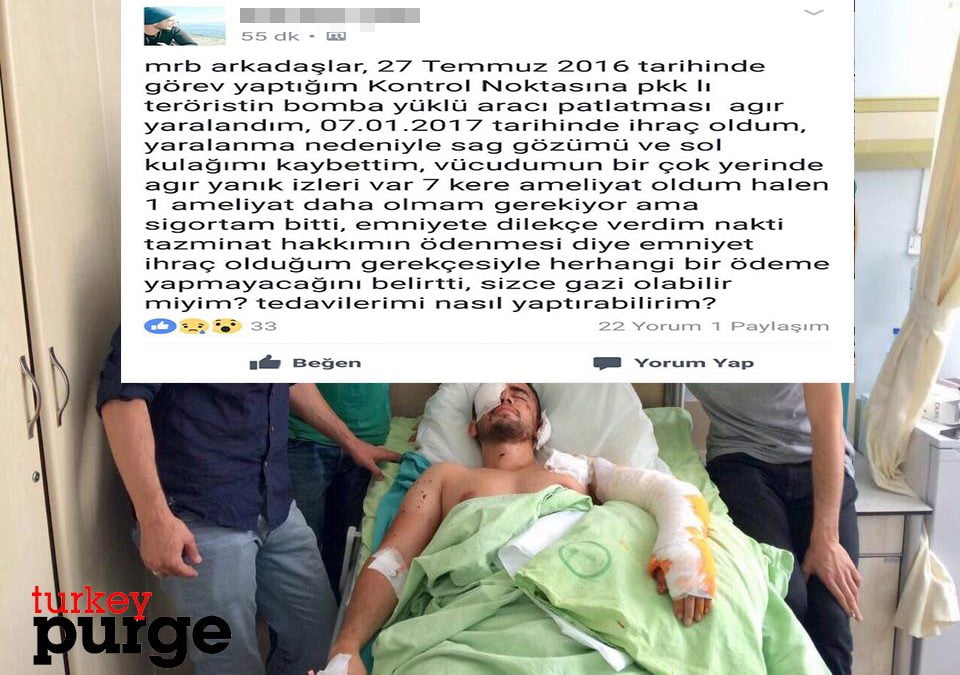 M.E.Ç. is only one of 134,200 people who got sacked as part of the government’s post-coup purge of institutions.

His post on a closed Facebook group, established by some of the purge victims, reveals that the cruel post-coup dragnet knows no boundaries when it is dealing with the state’s perceived enemies.

“Hi guys, I got heavily insured after a bombed attack by PKK at a check point on July 27, 2016. I was dismissed on Jan 1, 2017. I lost my right eye and left ear due to injuries, there are still deep burn scars on many parts of my body. I got 7 surgeries and I still need to undergo one more. But, my social security insurance ended and the police department refuse to pay my severance since I was dismissed. Do you think I can benefit from veterans’ rights? How can I get my treatment?” M.E.Ç. said.