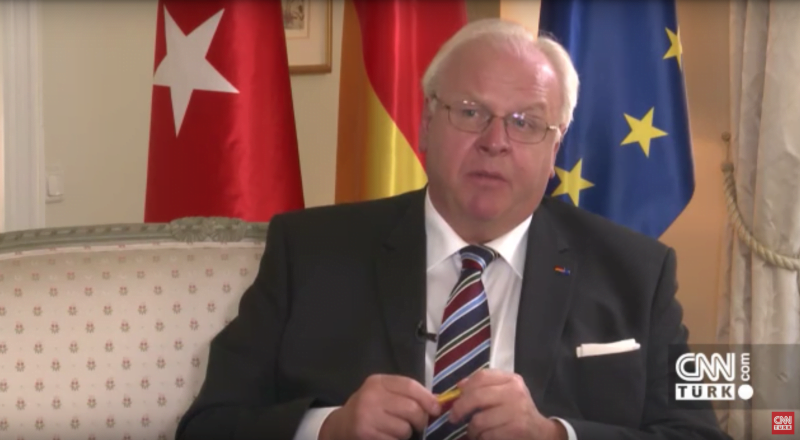 Speaking to CNN Türk’s Hakan Çelik for an interview over the weekend, Erdmann said Germany recognizes the terrorist threats against Turkey but that there is a problem between Turkey and Germany regarding how they perceive the Gülen movement.

The Turkish government, which accuses the Gülen movement of masterminding a failed coup attempt on July 15, 2016, refers to the group as a terrorist organization. The movement, inspired by the views of Turkish-Islamic scholar Fethullah Gülen, strongly denies any involvement in the coup attempt.

Turkey has been seeking the extradition of Gülen-linked figures from Germany as many people from the movement have sought asylum there to escape political  persecution in Turkey.

Erdmann said he can only use expressions that are valid from the perspective of the German judiciary. He said the Gülen movement is very active in social and cultural areas in Germany and runs schools there.