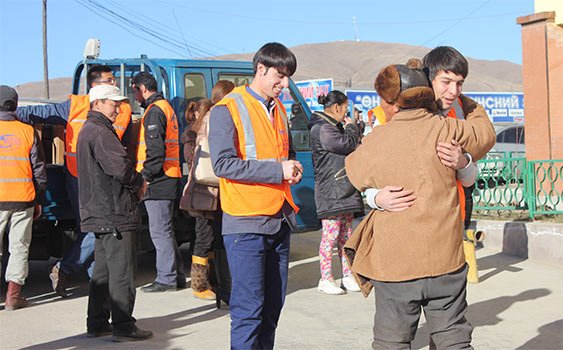 The distribution event, attracting the Mongolian press, witnessed emotional moments. Among the recipients there were some who just couldn’t hold back their tears. The president of the local Mongol-Turk school and chair of the state assembly also attended the event.

KYM Mongolia director Sahin Kayan revealed the foundation will carry on its aid efforts in the country. The Mongolian officials, in return, said the aid meant a lot Mongolia where there are times when the temperature drops to minus 50 degrees Celsius. They thanked KYM for the donations.

The state’s assembly chair Bank Myagmarsuren said they attach great importance to the KYM aid efforts. “Today, we’ve added yet another one to the efforts we’ve carried out for the Mongolian people in cooperation with the Turkish schools. Many thanks to Kimse Yok Mu!”