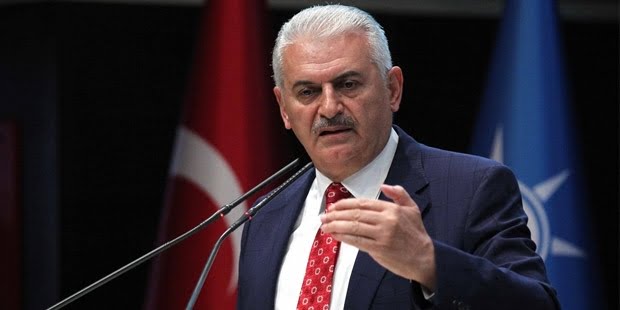 Speaking to a group of small business owners in at Çankaya Palace on Monday, Turkish Prime Minister Binali Yıldırım encouraged citizens to inform on Gülen movement sympathizers whenever and wherever they see them.

The government holds the peaceful Gülen movement responsible for a failed coup on July 15 as well as many other things, including a decline in Turkey’s economic wellbeing.

Arguing that the Gülen movement complains about Turkey to other countries, Yıldırım said they will suffer the consequences with the help of fellow citizens.

“I have an important favor to ask,” Yıldırım said, going on to request the expulsion of Gülen movement followers from among themselves. Despite a lack of credible evidence, the government holds the Gülen movement collectively responsible for the coup attempt, which Yıldırım called betrayal. “If we do not demand the price for their [Gülen sympathizers’] betrayal, the martyrs and veterans will ask that price from us,” Yıldırım further said in an effort to mobilize the citizens against Gülen supporters.

Claiming that the Turkish economy grew while the world economy contracted, Prime Minister Yıldırım challenged the downgrading of Turkey’s sovereign credit rating by watchdogs and said that only the people of Turkey and Turkish business owners determine Turkey’s credit rating.

Turkish Industrialists and Businessmen’s Association (TÜSİAD) Chairman Haluk Dinçer has said that he does not see any “parallel structure” within the state as is asserted by pro-government circles, adding that discharging some police officers on accusations of illegal wiretapping does not prove the existence of such a structure.