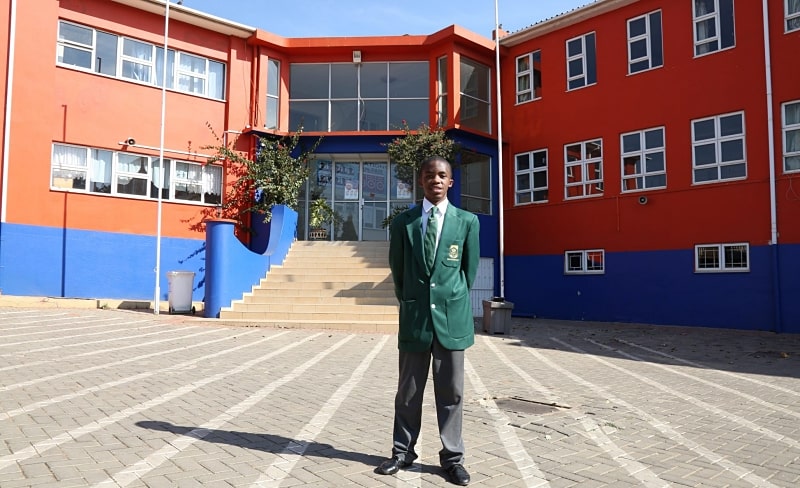 This year the Olympiad was to be held in the Russian city of St Petersburg, but due to the global coronavirus pandemic, it had to be held virtually with each country supervised by a neutral IMO commissioner.

Soweto resident Bopape represented South Africa along with five other high school learners at IMO which was held last week.

“Kgaogelo is the first black learner in South Africa to achieve this prestigious award and has become a source of great pride for the institution, his community, and the country as a whole,” the Horizon International School proudly announced.

“The key to Kgaogelo’s impressive achievements is his persistence to keep improving himself in what he does. His passion and drive to achieve his personal best at all times is certainly shown in the classroom and all competitive events that he has participated in,” Bopape’s mathematics teacher Huseyin Akinci said.

“South Africa has been taking part in the IMO since 1992, Over the years, learners achieved one gold medal, nine silver medals, 46 bronze medals, and 63 honourable mentions. We are very proud of the team’s achievements this year, and would like to congratulate them on their successes,” said Prof Kerstin Jordaan, the executive director at the South African Mathematics Foundation (SAMF), who shared details of SA’s success.

“We would like to congratulate each team member on their achievements and thank them for being mathematics ambassadors for South Africa,” said Celiwe Ross, Human Capital Director at Old Mutual, the main sponsor of the Old Mutual South African Mathematics Olympiad (SAMO) programme.

Bopape was part of a six-student team, which represented South Africa at IMO in Britain last year, where he received Honourable Mention.

He has been awarded gold medals twice, at the Pan Africa Mathematics Olympiads which were held in Kenya in 2018 and in Cape Town  in 2019.

China ranked the overall winning country of this year’s IMO, followed by Russia and then the United States of America.