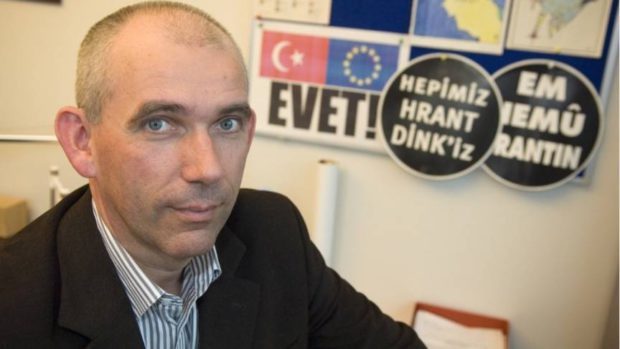 “Turkish authorities stopped me on my return from the Netherlands at Sabiha Gökcen airport. They deported me back to the Netherlands,” the Dutch former politician said.

“Turkey required me to apply for a special visa at the Turkish embassy in the Netherlands,” Lagendijk wrote on Twitter on Sunday. “I hope it is only a bureaucratic obstacle and not a decision to block me forever.”

The decision is most likely part of the purge against the Fethullah Gulen sect after the failed military coup in July.

After the coup attempt, the Turkish government blamed the Islamist Gulen movement for orchestrating military coup in Turkey. However, the movement’s US-based leader denied the accusations.

Lagendijk wrote as a columnist for the pro-Gulen newspaper Zaman and Today’s Zaman, until they were closed.

He lost his job at the pro-Gulen Sabanci University that was closed by the government for ties to the Gulen movement.

Lagendijk is a former Green Left Member of the European Parliament (MEP) and served as the joint chairman of the Turkey-EU Parliamentarians delegation.

He was also known as the ‘son-in-law of Turkey’ for marrying Turkish journalist Nevin Sungur in 2006.