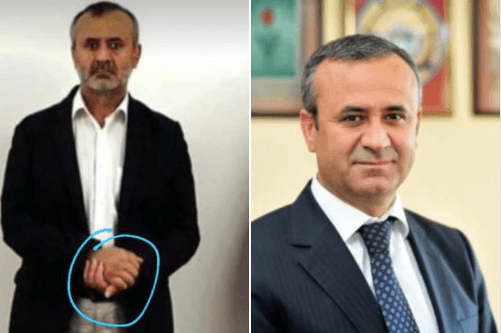 Orhan Inandi, and Selahattin Gulen are just two unassuming educators like many others who were forcefully abducted in different countries by the Erdogan regime and illegally extradited to Turkey. Abductions, forceful disappearances, tortures, and political target killings have always been among the burning human rights violations in Turkey; however, they skyrocketed during Erdogan’s rule and especially after the failed coup attempt on July 15, 2016.  Most of these crimes against humanity used to occur within the borders of Turkey against certain ethnic and political groups before the rise of Erdogan but, during his rule, these atrocious practices and treatments were started to be used at home and abroad simultaneously.

Everyone will remember the triple murder of Kurdish activists in Paris. Three Kurdish women activists were murdered by point-blank shots to the head in the night of 9–10 January 2013 in Paris. This was most likely one of the first large-scale international crimes of the Erdogan’s regime. As always the Erdogan regime denied the involvement of Turkish intelligence operatives but the French investigators had concluded that the members of the Turkish national intelligence agency MIT were “implicated” in the triple murder, according to legal sources. When I look back and evaluate the previous incidents, I feel how naïve I was to think that the Erdogan regime, in light of its claims of virtue and justice, would never involve in any crime like this.

According to the Universal Declaration of Human Rights, there are five basic human rights i.e., the right to equality, freedom from discrimination, right to life, liberty, and personal security, freedom from slavery, and freedom from torture and degrading treatment. Curious, because all these rights are under attack by the Erdogan regime. Abductions, forceful disappearances, tortures, and political target killings are dynamites placed on the foundations of such basic human rights, making life and everything else unbearable in Turkey.

After the failed coup attempt, Erdogan regime began directly abusing the four of the abovementioned basic human rights, except the freedom from slavery, at home and abroad. Erdogan regime has never thought twice while committing these illegalities, thanks to the silence and impunity of the international communities. Exploiting the status quo to the hilt, Erdogan regime never stopped international abductions, inter-border intel operations, and human right abuses since then.

According to the Advocates of Silenced Turkey 145 people were abducted so far since the failed coup attempt. Orhan Inandi was the last victim of the illegal international operations of the Erdogan regime. He was abducted on May 31, 2021. Inandi, 53, was in Kyrgyzstan since the early 1990s and has been a Kyrgyz citizen since 2012. He is the founder of the Sapat chain of private schools, one of the most prestigious school systems in Kyrgyzstan. He is an educator who lived out of Turkey since 1990s, and is a Kyrgyz citizen. What might be his crime to be abducted and illegally extracted to Turkey? Nothing. Yet, he was abducted in broad daylight in the capital of Kyrgyzstan and the Kyrgyz government now seems to have done almost nothing substantial to locate his whereabouts. This being the fact, the president of the Kyrgyzstan also paid an official visit to Turkey while Orhan Inandi was still missing to meet Erdogan, the lynchpin of abductions.

One needs not to be a soothsayer to tell how that official meeting served to seal the deal between Erdogan and the Kyrgyz leader. Most likely, Erdogan gave an appointment to the Kyrgyz leader in an exchange of Orhan Inandi’s clandestine removal from Kyrgyzstan. Due to this, the Kyrgyz authorities seems to have closed their eyes on the incidents. This was also the same case with Imran Khan when he was newly elected as the Prime Minister of Pakistan. Until the PakTurk International Schools & Colleges’ eventual seizure and illegal transfer to the Maarif Foundation, Erdogan made Imran Khan wait despite many requests for an official visit to Turkey.  It was only when the PakTurk Schools were transferred to the Maarif Foundation, the official appointment to Imran Khan was granted from Ankara. Countries like these, which are either infatuated with Turkey or are brought to their knees through economic, cultural or military agreements, have only a few options to be granted with official visits as such visits serve to augment their legitimacy at their home base as well. Erdogan, a populist and an avid follower of Machiavellian tactics, knows and uses this so well.

According to the Kyrgyz sources, the Kyrgyz president asked Erdogan about Orhan Inandi and Erdogan replied that he did not know anything about him. Yet, Erdogan acknowledged in a statement following a cabinet meeting on July 5, 2021 that İnandı was actually abducted by the Turkish intelligence organization MIT, lauding the Turkish operatives’ efforts in the rendition.

Shortly after that statement, the state-tutored Anadolu Agency wired the photo news of the successful abduction as breaking to its subscribers. Unfortunately, having been kept out of sight for more than a month, Orhan Inandi was expected to be spirited to Turkey as it was the case for all other educationists. This time, one thing caught the attention of people when Inandi’s photo was released by the government news agency to the press. His right hand was swollen with an obvious color change to purple, hinting that it might have been broken under duress.

According to the Turkish Minute, Şebnem Korur Fincancı, a doctor of forensics and the head of the Human Rights Foundation of Turkey (TİHV) said the photos of İnandı pointed to torture, either torture by hanging or direct blows to the arm.

This is the new normal of Turkey. Abductions, disappearances, and torture are so normal and every opponent is under the risk of being disappeared and tortured. The Erdogan government needs to pump air into the fear balloon and needs easy targets to do that. It cannot blatantly inflict torture on the terrorists under the banner of the PKK or the ISIS and many other terrorist groups located in and around Turkey while Hizmet-inspired teachers are non-violent and easy targets. Erdogan and his stooges could easily manage these operations with otherwise internationally maladroit and never-do-well MIT. It is still fresh in minds how 13 abducted Turkish soldiers and intelligence agents were killed in a flawed cross-border operation conducted to rescue them from the PKK custody in January 2021. Everyone witnessed the international operational capacity of the MIT while it was only capable of torturing people after abduction.

The participants of the Gulen/Hizmet Movement have become an easy target for the Erdogan regime everywhere in the world and this needs the close attention of the international community. Ahmet Nesin, a prominent journalist, disclosed a very important piece of news, documenting how crime syndicates backed by the Erdogan regime boast a list of 43 opponents living in different European cities to be targeted and killed. As it has proved difficult for the MIT and its local and international operatives to abduct people from the developed countries especially in the West, the Erdogan regime works on an alternative method to have the opposing voices silenced in the same manner with the triple murder of the Kurdish activists in Paris. Erk Acarer, a Turkish journalist living abroad, was attacked and beaten in front of his house in Berlin, Germany shortly after the disclosure made by Ahmet Nesin. All these incidents including abducting opponents, having them killed or torturing them show that the Erdogan regime turned Turkey into a rogue state ruled by mafia tactics, posing a security threat to law and order worldwide.

Breaking the hand of a teacher who selflessly dedicated his life to educating the youth could only be achieved by a mafia order parading itself as “The New Turkey” of the Erdogan regime. With these practices, the Erdogan regime follows the same path with the likes of the Boko-Haram which advocates education is illicit and forbidden (haram). One wonders if the top officials of the incumbent regime in Turkey will ever feel offended by being compared with the Boko-Haram.

Mehmet Ali Birand  June/16/2012 Prime Minister Recep Tayyip Erdoğan has invited Fetullah Gülen “Hodja,” who has been living in the United States for years, back to the country. He said, “this longing should come to an end.” In particular, the timing of the speech at the closing of the “Turkish Olympics” was a nice, well-thought-through […]