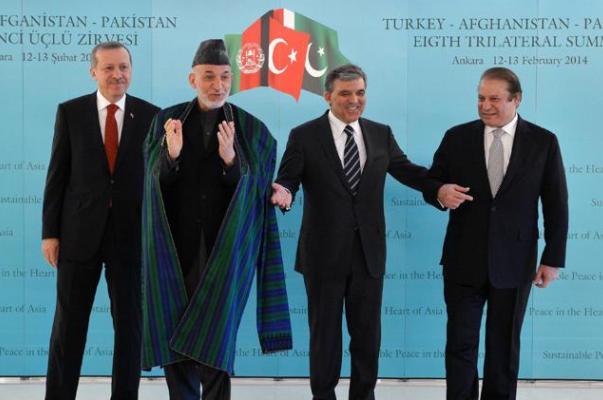 The leaders of Afghanistan and Pakistan have praised Turkish schools in their countries, saying they offer top-quality education.

Afghan President Hamid Karzai and Pakistani Prime Minister Nawaz Sharif made their remarks in response to a question at a joint news conference with Turkish President Abdullah Gül following a trilateral summit in Ankara that focused on security.

“Afghan children are offered high-quality education services. We are very happy about that,” Karzai said, while Sharif said the schools “are doing a perfect job.”

“Their education standards are very high. I had the chance to visit the school in Lahor,” he said, adding that the schools also strengthen ties between Turkey and Pakistan. Both leaders’ remarks were translated into Turkish.

Turkish schools, established by entrepreneurs affiliated with the Hizmet movement, have been under the spotlight in the wake of a corruption investigation that shook the Cabinet, with the government accusing the movement of plotting against it in collaboration with foreign partners.

Prime Minister Recep Tayyip Erdoğan has instructed Turkish ambassadors to tell the “truth” — which, in his view, is that the graft investigation was the result of a foreign-backed plot to sabotage Turkey’s international standing — raising concerns that he might be targeting Turkish schools abroad.

Ethiopian President Mulatu Teshome said Turkish schools in Ethiopia are considered to be a major contributing factor to the education sector in the country. “There are Turkish schools [along] with the growing number of international and Ethiopian students in the country. As far as providing quality education, it is helping in the development of education, and we don’t have any problems with the schools,” he added.