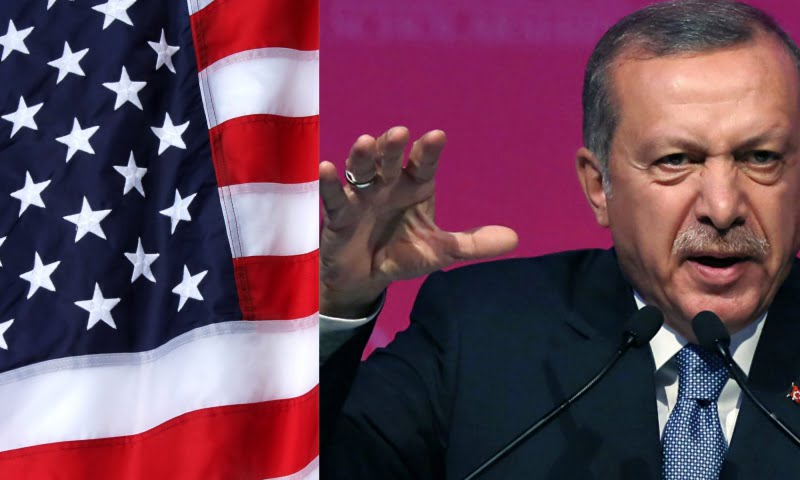 The Turkish National Intelligence Agency (MIT) has been conducting abduction operations against the followers of a U.S.-based Turkish cleric Fethullah Gulen around the world.

According to Turkish government spokesperson, the intelligence agency has abducted more than 80 Gulen members from 18 different countries. Most recently, MIT has abducted six teachers from Kosovo in March 2018, and Moldova on September 6, 2018.

After all these abductions, top Turkish official said operations targeting Gulen Movement could extend to the United States.

Turkish President Erdogan’s spokesperson Ibrahim Kalin said, “Our relevant units and institutions will continue their operations in the countries in which FETO operates whether it be the US or some other country … Operations similar to the one conducted in Kosovo can be carried out in other countries.”

Turkish pundits now wonder whether MIT has the capacity to conduct abduction operations inside the US?

In order to answer this question, one needs to understand what Erdogan regime gains for abducting teachers from developing countries and whether the MIT has the capacity to carry out such operations in the United States and in Europe.

It seems that the main source of motivation for MIT to conduct abduction operations is Erdogan’s personal motivations.

Since 2014, Erdogan has been persistently targeting all Gulenists around the world. The main reason for this is closely related to Erdogan’s western paranoia. Erdogan believes that the West will topple him down by using its proxies inside Turkey, but he could not wage a direct war against them. Thus, he goes after the allies of the West inside the country.

If possible, he also targets them outside of Turkey wherever he can reach them. From Pastor Andrew Brunson to liberal businessman Osman Kavala, Kurdish political leader Selahattin Demirtas to members of Gulen movement — who he thinks are friendly with the West — are behind the bars because he sees them as the collaborators of the West, particularly the U.S.,

From Erdogan’s perspective, Gulen networks around the world are particularly dangerous; he thinks the lobbying power of Gulen networks not only harms his regimes relations with the countries in which the network operates, but he also thinks they harm his personal ambitions to become the leader of the Muslim world.

The Gulen movement, on the other hand, provides alternative explanations for the problems of Muslims. Gulen argues that the main source of the problems is ignorance, poverty, and disunity. Gulen networks establish schools, charity organizations and preach unity by respecting the differences of others to address the problems of the Muslim world.

Erdogan, on the other hand, builds mosques and political networks to highlight his own view. While Erdogan is exploiting the ignorance of Muslims for his Political Islamist agenda, Gulen claims to enlighten them through secular education. Thus, these two rivals’ ideologies are in conflict from the beginning.

Their previous cooperation against the powerful military does not change the fact that they were ideologically different from one another.

Because of the ideological differences, the cozy relationship did not last long once Erdogan felt that he defeated the military and no longer needed Gulen networks. Erdogan wants to crackdown Gulen networks, wherever they operate.

Many mosques, imams and Muslim community leaders inside the United States are used as his base of spy operations. If not, they at least pray and preach for Erdogan’s agenda and actively participate in any event Erdogan network organizes.

There is a possibility that Erdogan may use, some members of Muslim communities who are close to Political Islamist ideology in the United States. They would be valuable tools for Erdogan to use conducting operations against Gulen networks.

But one also must take into account other actors such as Iran and Russia — forces that may conduct operations on behalf of Erdogan regime to deteriorate Turkey U.S. relations further.

Given that Turkey is a country that has been swinging between Russia, Iran axis and the West ant the U.S. axis in last few years.

More importantly, there are shadowy operatives inside Turkey that work for the interests of different actors, such Eurasianists, who now dominate Turkish military and MiT, that they want to push Turkey to the side of Iran, Russia. In addition, Russia and Iran have been working very hard to part Turkey away from the Western Block.

When we look at the recent operation areas of MIT we see that they conduct operations in former Soviet territories, i.e, Kosovo, Moldova, Ukraine.

More importantly, co-conspirators were always pro-Russian operatives, including local politicians, intelligence agencies etc., in these countries. It shows that at least in its hinterland Russia helps Turkish intelligence agency to pull Turkey on its side.

Under these circumstances, there is a possibility that operatives who wanted to further deteriorate the U.S.-Turkey relations would attempt to carry operations in the United States.

Dr. Emrullah Uslu is a Turkish academic and journalist in exile. Currently, he is a faculty at the School of Public and International Affairs at Virginia International University, Fairfax, Virginia.

The views and opinions expressed in this commentary are those of the author and do not reflect the official position of The Daily Caller.