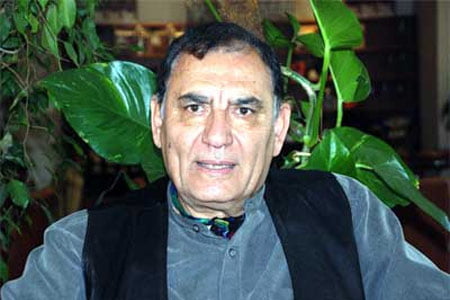 The hottest debate in Turkey today is about the abolishment or, officially, the “transformation” of the private university prep schools.

These are private enterprises. They are not schools but provide additional education to high school students to increase their ability to succeed in the nationwide university exams held every year.

The reason for their existence is the low quality of the overall middle level education and the gross inequality among educational institutions and provinces. Parents could not find any other way to increase the chances of their scions entering universities given their inability to improve the national educational system.

The Fethullah Gülen civic initiative owns a quarter of these prep courses. Rather than the economic benefit of the initiative, its putative influence on the youth raised in these and related institutions such as boarding houses has always been a source of concern. They are accused of raising an alternative army of educated youth to take over the secular government.

The Gülen group together with the Justice and Development Party (AKP) stood together against the pressures of former governments trying to uphold the militarist tutelary regime. There is no more a bureaucratic Jacobin secular government at the helm. However, pressure on the Gülen movement is continuing, but not for anti-secular activities.

In the past decade, the Gülen community has been too visible in education, media, banking and many sectors of the economy. Its members are said to be influential in the law enforcement agency and the judiciary. At one point the government saw this as a threat to its unchallenged power and unrivaled political clout.

Power is very much related with the feeling of security. If you are powerful enough you feel that others may not harm or threaten you because you can do the same thing to them. The nuclear balance of power is based on this principle. That is why competing parties in a society or societies among them want to maximize their power and consolidate it. Only democracy holds the ways and institutions to check and to prevent power concentrating in limited hands and institutions. This has happened after long struggles for freedom and liberties. Looking at the problem from this perspective, it is obvious that the ongoing tension is not about prep courses and student houses but determination of the government not to share power with other social actors.

However, unexpected consequences are emerging out of the conflict. The resolution of the National Security Council of Aug. 25, 2004, was published in a daily paper that bore the signatures of the incumbent Cabinet members. The resolution aimed at ending the “subversive anti-secular activities of the Gülen movement” and similar organizations through a government initiative.

It is obvious that the AKP government did not feel strong enough to resist the pressures of the military whose power was intact at the time. But as late as 2008 the AKP itself was prosecuted for being the center of anti-secular activities. It barely evaded such political assassinations through the help of the sympathizers of the Gülen movement, which systematically lent support to the government in dismantling the military-bureaucratic tutelage. They also acted very diligently during the September 2010 constitutional referendum that consolidated legal changes to guarantee civilian rule.

However, an unexpected phenomenon has cropped up. Based on the fact that the present prime minister and president (as the then foreign minister and deputy prime minister) along with some members of the Cabinet together and top generals signed the resolution, one of the leading figures of the coup attempt of 1997, Gen. Çetin Doğan, who has been sentenced to 20 years in prison, rendered a petition to the court to revise its verdict. In his petition to the Ankara 13th High Criminal Court, he said: “Just as the 2004 [National Security Council] document that is not refuted by Cabinet members who have signed it is not illegal, the military seminar organized in 1997 [allegedly a coup exercise] and following implementations may not be deemed illegal, either.”

There is never a dull moment in Turkey!