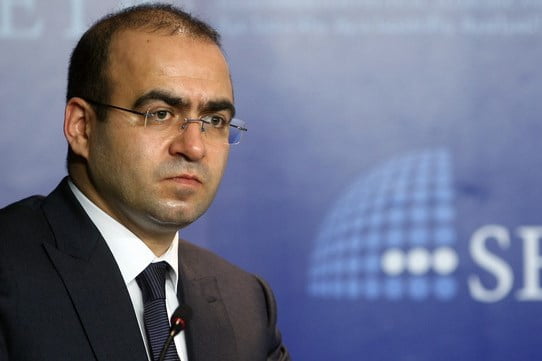 Turkey is a country that is in the process of completing its normalization. In its most basic sense, this is a necessary process that both the society and the state have to go through. The problems the state, in a deep crisis of consolidation, was causing regarding religion, citizens’ language, various economic sectors and even its own institutions ironically constituted the groundwork for the emergence of both civil and illegal groups and their mobilization. The state opposed religion based on truisms of the primitive and positivist Western world, in fact, causing the mobilization of both “Islamists and non-Islamist” religious groups by constantly forcing them to fight for their existence. In other words, the existence of certain organizations that emerged from the problems created by Kemalism in a post-Kemalist Turkey naturally presents problems.

The reflections of this process we call normalization can be seen in various areas from the Kurdish question, to state-religion relations; from military and civil society relations, to economic stabilization.

The Gülen group is a very successful organization that has not been immune to the problems experienced during Turkey’s normalization process. On the contrary, it has been one of those organizations that felt these growing pains more intensely. It has to be understood that no organization in a changing Turkey can expect to do as it did 20 years ago and not have problems.

When the wide spectrum of the Gülen group, as well as its level of interaction with the state, is considered, it is not surprising that the Gülen group would experience these problems differently than all other organizations. What would be expected from a network that extends from export to private secondary schools, from domestic and foreign lobbies to unions, from the media to the syndicate, from universities to global education networks is to actually have thought, more meticulously than most, about “where it would fit” and “what it would mean” for a new Turkey.

The activities mentioned above – only a few of the group’s many activities – while served as a “compensatory power” in an unconsolidated state, only correspond to a “contested power” in the new Turkey. The performance of an organization, whose leader, and by extension the decision-making mechanism, is located in the United States and which functions in diverse fields from education to commerce and politics, demonstrated that it soon will have to make some critical decisions in relation to its future role in the country. As long as the state continues to consolidate, the playing field will continue to narrow and transform. The only way out of this narrowing playing field, for such an organization, without falling into the trap of an existential crisis, is to anticipate the transformation and to transform itself accordingly.