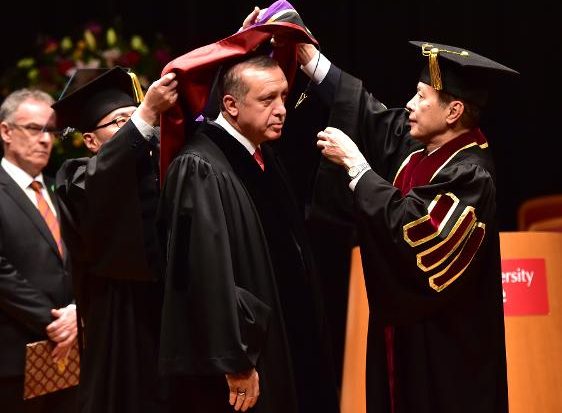 Released on Oct. 31, SAR’s report chronicled 158 assaults and persecutions on higher education communities across 35 countries between May 2015 and Sept. 2016.

The government launched investigations against 1,128 scholars who signed to a public petition strongly condemning the former’s anti-terror policies in January, the report stated maintaining that many of those scholars have since been suspended and/or dismissed from their positions, while others have been detained, arrested, and prosecuted.

“Pressures on the higher education space in Turkey were compounded in July and August, when thousands of higher education professionals were caught up in sweeping actions taken in response to the failed July 15 coup attempt,” read the report.

Turkey survived a military coup attempt on July 15 that killed over 240 people and wounded more than a thousand others. Immediately after the putsch, the government along with President Recep Tayyip Erdoğan pinned the blame on the Gülen movement, inspired by Gülen. The movement strongly denies any involvement in the coup attempt.

At least 6,337 academics have become jobless since the coup attempt either after the government shut down their universities or arrested or dismissed them.

The government equates critical inquiry and discourse with disloyalty and treason, according to the report.

“The government’s actions, beyond the harm done to the individuals targeted, have already harmed the reputation of Turkey’s higher education sector as a reliable partner for research projects, teaching and study exchanges, and international conferences and meetings. If not promptly reversed, these actions risk greater damage by isolating Turkish scholars, students, and institutions from the international flow of ideas and talent, further undermining Turkey’s position in the global knowledge economy and its stature in the world more generally,” the report underlined.

Parents of four Bedia Baş and Abdülkadir Baş, who were arrested on terrorism charges in the aftermath of a failed coup attempt in Turkey in 2016 due to their alleged links to the Gülen movement, were not allowed to see their children during the first nine months of their incarceration.