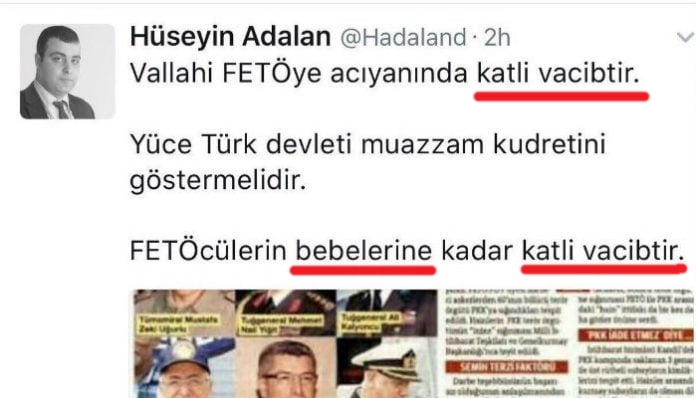 Hüseyin Adalan, a journalist working for a number of pro-government media outlets, has said, swearing to God, it is a religious obligation to kill all followers of the Gülen movement and even their babies.

Writing from his Twitter account on Sunday, Adalan said, “I swear to God it is ‘wajib,’ an Islamic term meaning religious obligation, to kill those who show mercy to the followers of the Gülen movement and even the babies of the Gülen followers should be killed.”

“The great Turkish state should demonstrate its enormous power,” he wrote in his controversial tweet, which attracted widespread criticism on social media. 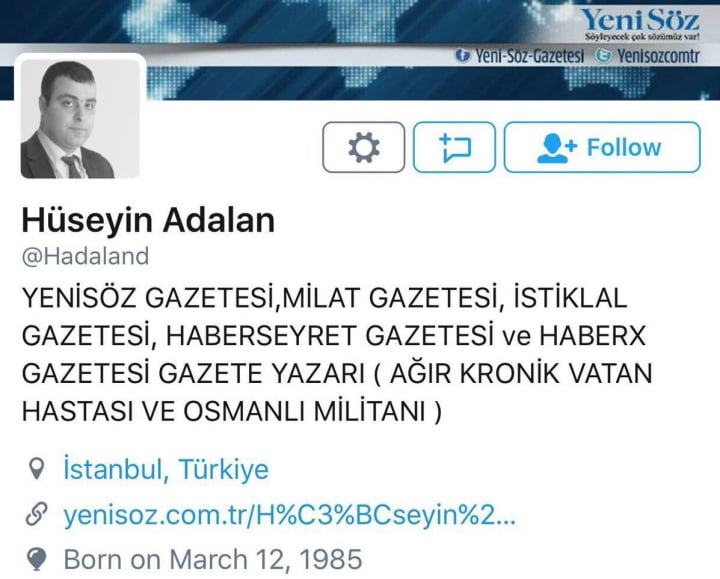 It is very common for the pro-government journalists in Turkey to employ hate speech against the followers of the Gülen movement, which is accused by the Turkish government of masterminding a failed coup attempt on July 15.

The failed military coup attempt killed over 240 people. Immediately after the putsch, the Justice and Development Party (AKP) government along with Turkey’s autocratic President Recep Tayyip Erdoğan pinned the blame on the Gülen movement despite the lack of any evidence to that effect. 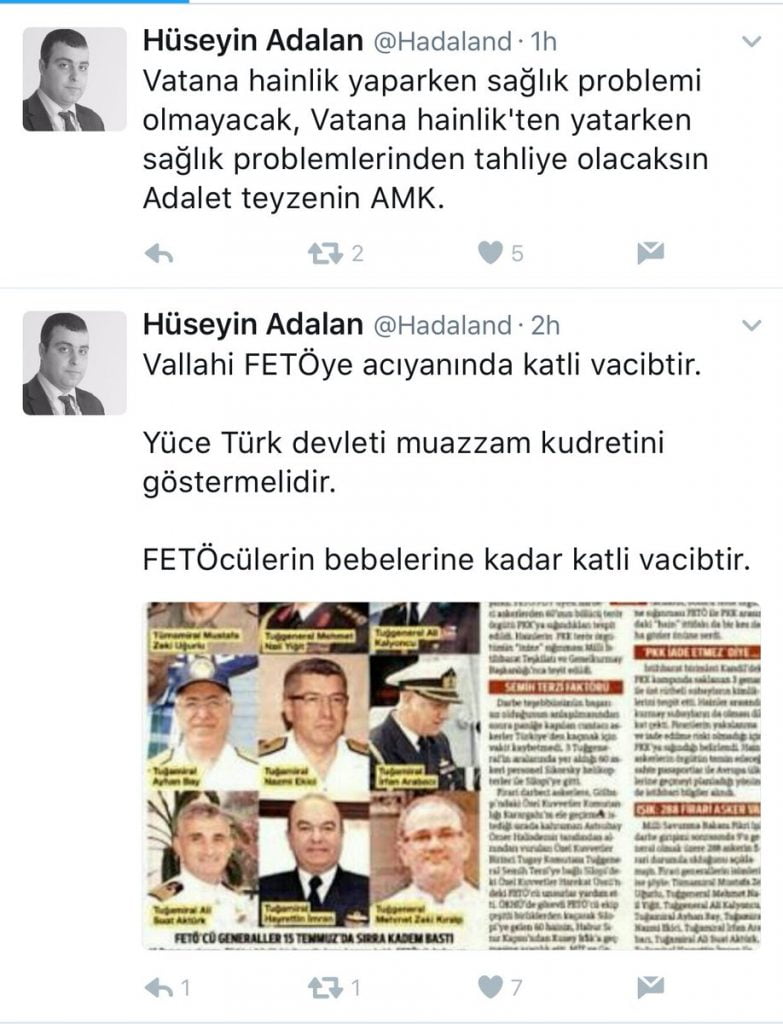 Erdogan: Ee are purging all Gulenists and we will continue cleansing them, we will not give them right to life.