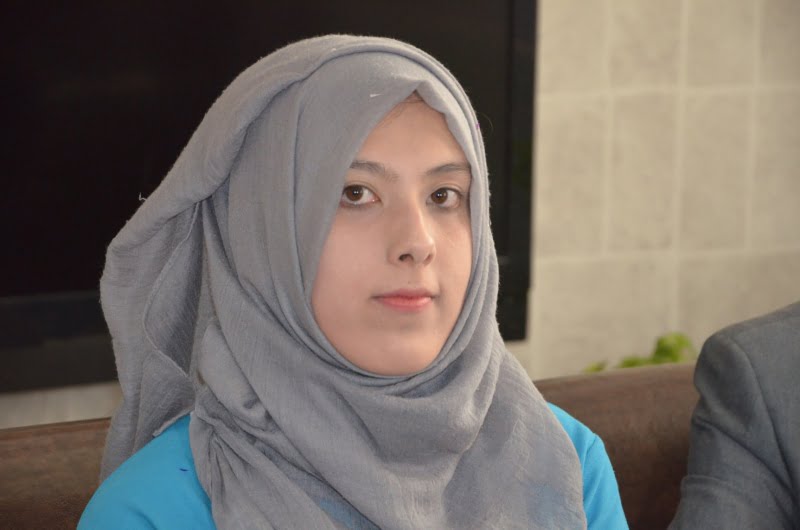 Defying all stereotypes and impediments, a young Afghan girl from the capital city of Kabul has topped the nationwide university entrance exams ‘Kankoor’ to make a strong statement about girl power in the war-ravaged country.

Tehmeena Painda, a student of a private school in Kabul, left behind over 150,000 candidates – boys and girls – to secure the top slot as she got 353 out of 360 points for the public university entrance exam.

In conversation with The Globe Post, Tehmeena thanked her parents and teachers for the phenomenal achievement.

“I have worked hard throughout my studies to be successful, but it would not be possible without the support of my school, my teacher, and my parents,” she said.

Tehmeena wants to go on to study medicine and serve her countrymen as a doctor. In line with rules and regulations, Afghanistan’s Ministry of Higher Education has enrolled her in the premier Kabul Medical University, where she will continue her quest for knowledge.

Tehmeena’s success has brought into the spotlight the resolve of Afghan girls and opportunities available to them in the capital city. However, Afghanistan remains deadly dangerous, particularly for girls seeking higher education.

Even at places like Jalalabad, a city less than two hours’ drive away from Kabul, which has seen relative peace after the fall of the Taliban’s oppressive regime, dozens of schools were closed last month following threats by the militants to target them.

Without directly acknowledging the warning by the militants, Hasieb Shenwari, the head of the provincial Directorate of Education, told The Globe Post the schools were closed down due to “security threats.”

According to the directorate, close to eighty schools for boys and girls were closed down prior to the summer break. The shut down took place as pamphlets were circulated in the province, which is located between the Afghan capital and the restive tribal belt of Pakistan, warning the locals not to send girls to schools.

The threats followed a deadly assault on the Directorate of Education in the city this month, which lead to multiple deaths and sent shockwaves across the country.

Tehmeena, however, believes girls should have trust in God and themselves to seek education.

“I believe that girls can study and learn just like boys, there is no difference, the brain is same, and so girls should strive and work hard to succeed in life,” she said.

Earlier this year, a U.N. Children’s Fund (UNICEF) report on Afghanistan said nearly half of all children aged between 7 and 17 years old – 3.7 million – are missing out on school due to worsening security seen in recent years. The study also marked child marriage, shortage of female teachers and poor infrastructure as the main reasons further aggravating the situation.

Tehmeena is particularly thankful to the management of Afghan–Turk schools, a chain of private schools in the country, for her accomplishment.

“In our school, we had international standard of education with the teachers striving hard to train and educate students in the best way,” she said .

Students of Afghan–Turk schools are these days caught in a tussle between the Turkish government in Ankara and the management of these schools, which has been accused of ties to Fethullah Gulen, whom Turkey blames for a failed coup in 2016. Gullen denies all allegations.

On the request of the Turkish government, Afghanistan has agreed to hand over control of all Afghan–Turk schools in the country to Ankara, a move vehemently opposed by the current management of these schools.