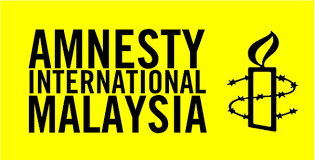 Responding to the extradition of three Turkish men suspected of links to Turkey’s Gülen movement, who had been arbitrarily detained under SOSMA, Malaysia’s draconian security law, Amnesty International’s Deputy Director for Southeast Asia and the Pacific, Josef Benedict, said:

Turgay Karaman, Ismet Ozcelik and Ihsan Aslan had been arrested and detained under the Security Offences (Special Measures) Act (SOSMA). The Malaysian authorities said they were being investigated under Section 130J of the Penal Code (read together with SOSMA) for allegedly soliciting, giving support to terrorist groups or for the commission of terrorist acts.

In 2016, the Turkish government is reported to have pressured its allies to take legal action against suspected supporters of Fethullah Gülen, whom Turkish authorities accuse of masterminding a coup attempt against them.

Fethullah Gülen denies the accusations. There is credible evidence of arbitrary detention and torture of detainees suspected of belonging to the Gülen movement, which Amnesty International and other human rights organizations have documented.