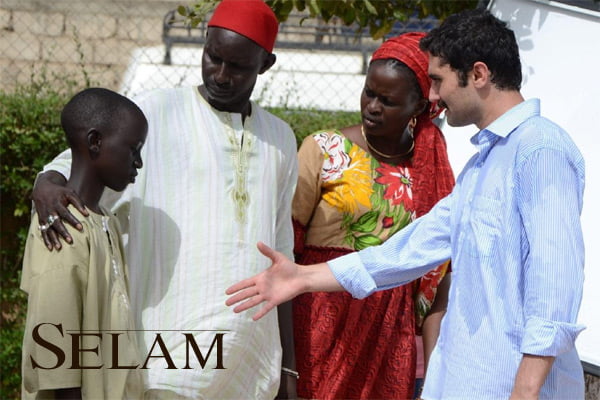 The new Turkish film “Selam” had its premiere Wednesday night in İstanbul and was welcomed by moviegoers. Turkish celebrities and politicians including EU Minister Egemen Bağış and former national football player and deputy Hakan Şükür watched the movie along with a large crowd.

“Selam” tells the impressive stories of three Turkish teachers who are idealists working at schools opened by Turkish entrepreneurs on three different continents and in three different countries: Afghanistan, Senegal, and Bosnia and Herzegovina. “Turkish schools give the best present to future generations. Everyone should see the movie, of which every moment was exciting,” said Minister Bağış as he congratulated the devoted teachers working at Turkish schools all around the world.

Şükür also said that he hopes “everyone will see the movie, which tells the stories of the self-sacrificing teachers.”

“We were prepared for the physical difficulties in the field, and I am happy with the outcome,” said director Demirkale while presenting his film. Leading actress Abdullah, who plays a teacher in Afghanistan, said she was touched by her character, a teacher with strong ideals. “Selam,” the first Turkish production to be shot on three different continents, opens in Turkish cinemas on Friday.