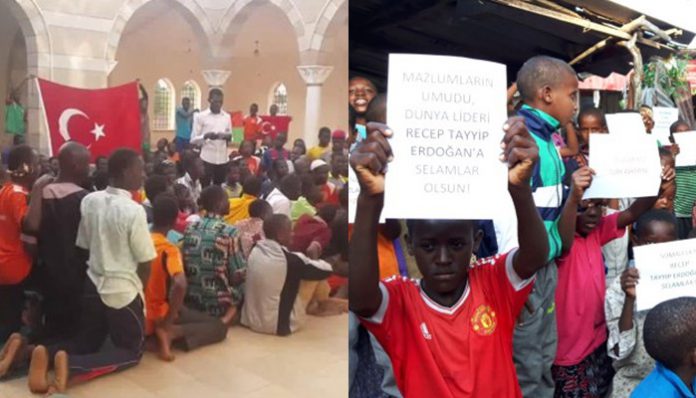 A Turkish state-run educational foundation has signed memorandums of understanding with 26 countries in Africa to take control of schools belonging to people from the faith-based Gülen movement, the state-run Anadolu news agency reported on Saturday.

“We have signed protocols with 26 countries in Africa, and 16 of them have so far transferred the schools. We are continuing to provide education to 8,900 students,” said Hasan Yavuz, a board member of the Maarif Foundation.

The ruling Justice and Development Party (AKP) established the Maarif Foundation in 2016 to take over the administration of overseas schools linked to the Gülen movement.

Gülen movement has many schools and universities set-up in more than 160 countries.

According to Anadolu, 30 African countries have handed over Gülen movement schools to Maarif or closed them down at Ankara’s request.

The Maarif Foundation is claimed to have been established to spread President Recep Tayyip Erdoğan’s Islamist ideology abroad.

İsmet Yılmaz, the education minister, on June 16, 2016 in Parliament said that the foundation was owned by the state and would serve as his ministry’s arm abroad in providing educational services. He described the initiative as proof of the Turkish state’s ambition to project greater power in the world and maintained that Turkey follows in British and American footsteps in that sense.

“Erdoğan posits himself to be the caliph, the leader of all Muslims in the world, and sees the Maarif Foundation as a tool in his investment efforts to reach out to non-Turkish Muslim groups,” wrote TM columnist Abdullah Bozkurt.

The Gülen movement is accused by the Turkish government of mounting a coup attempt on July 15, 2016. The movement strongly denies any involvement.