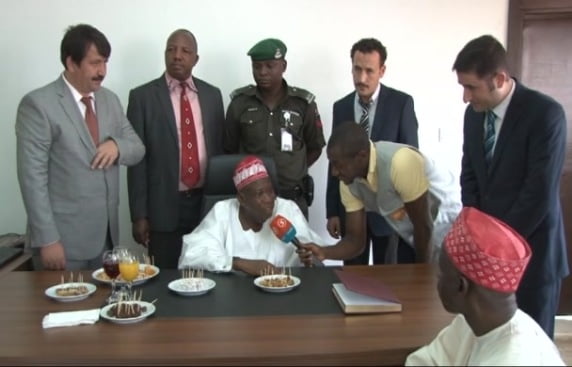 Hizmet volunteers, who set out on a nonstop journey of service, carry forward their initiatives around the world. They recently established yet another school in Nigeria’s Kano state.

Nigerian-Turkish High School for Girls was opened with a ceremony attended by Kano Commissioner for Education Alhaji Tajuddin Gambo, Deputy-Governor Abdullah Umar along with numerous high-profile officials. The 500-capacity school is equipped with the latest technology and aimed to offer a world-quality education to its students.

In his address, Commissioner Gambo pointed to the high-quality education offered at the affiliated Turkish schools. He said the new one as well presents an example for other schools in the country.

Likewise, Deputy-Governor Abdullah Umar said the schools’ play a notable role in boosting quality in the Nigeria’s education system. “We are very happy to have you here. We will continue to cooperate as long as you stay here. I’ve seen the school’s labs and classrooms. They are definitely excellent. I would like to extend my sincere thanks to the Nigerian-Turkish Schools’ officials for earning our country such an investment,” Umar said.

Excerpted from the article published [in Turkish] on Samanyolu Haber, 27 February 2014, Thursday

The government’s intentions to shut down private examination preparation centers [in Turkey] in spite of a strong backlash from educators, economists, students, parents and even terrorism experts brings back memories of the authoritarianism of the early years of the republic, when a single-party regime was in place.