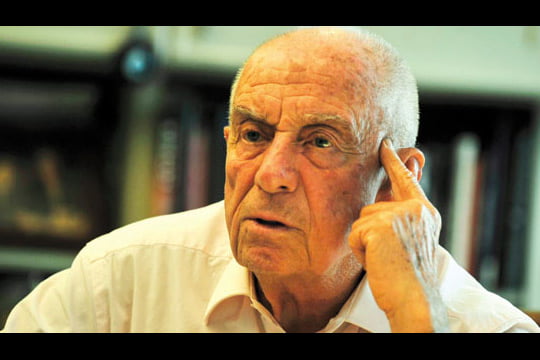 İshak Alaton, one of the most respected businesspeople in Turkey, praised Turkish schools abroad during one of his book talks in İstanbul on Thursday on an event, organized by the Florya Businessmen’s Association and Horizon Dialogue Association. The event hosted Alaton and Mehmet Gündem, the author of Alaton’s biography, “İshak Alaton: An Unnecessary Man.”

In reference to the section about Islamic scholar Fethullah Gülen and the movement inspired by him, Alaton said that in the 90-year history of Turkey, the educational activities of the Gülen movement are noble and bring prestige to Turkey.

Talking about people working abroad in Turkish schools, Alaton, chairman of the board of the business conglomerate Alarko Holding, said the following: “Our brothers enlighten people and transmit knowledge. I cannot see anything more magnificent than teaching people knowledge that will serve as a life-long capital. We will witness the real benefits of this process in the decades to come. Many people are learning Turkish [through the schools] and beginning to really like Turkey. Well-educated students of these schools are the ministers and the prime ministers of tomorrow, and they will have the love of Turkey in their hearts, which will contribute to Turkish people’s prestige.”

‘The Kurdish conflict should end’

Speaking on the most recent peace process initiated between the government and terrorist Kurdistan Workers’ Party (PKK), Alaton said that he believes in peace and the necessity of ending the Kurdish conflict. “I believe we should grant our people equal rights of citizenship,” said Alaton, underlining that everyone is free to express his or her opinion, including opposing ideas, on Turkey’s most significant conflict.

Commenting on the current economic outlook of the country, Alaton projected a very bright future. The veteran businessman said that in today’s conditions, one needs to show extra effort in order to fail, in a comparison with less advantageous conditions in the country in the past.

Alaton also praised Turkey’s increasing role in health tourism, thanks to successful hospitals and medical staff in the country. Alaton added that he is trying to “brainwash Ankara” to place more importance on investing in the health sector.