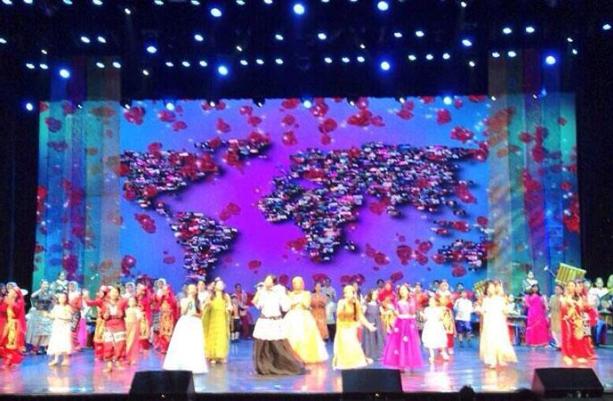 Turkish Olympiad and a culture festival, held jointly by Philippian Tourism Ministry and Turkish schools in Philippines, impressed the audience a lot with performances of the students.

Students from Fountain International Turkish School and Tolerance International Turkish School competed in three areas; sing, poem and folk dance. During the event, Maria Rowena Sanchez who is Philippian ambassador to Turkey, made a speech. “This program, held by the people from different language, religion and culture, shows us what is important is love in heart not the differences among us,” said Sanchez adding that he extended his thanks to devoted teachers in Turkish schools.

Students performed well-known Turkish songs during the event and performed folk dances successfully. At the end of the show, audiences expressed their pleasure with the performances of the students.