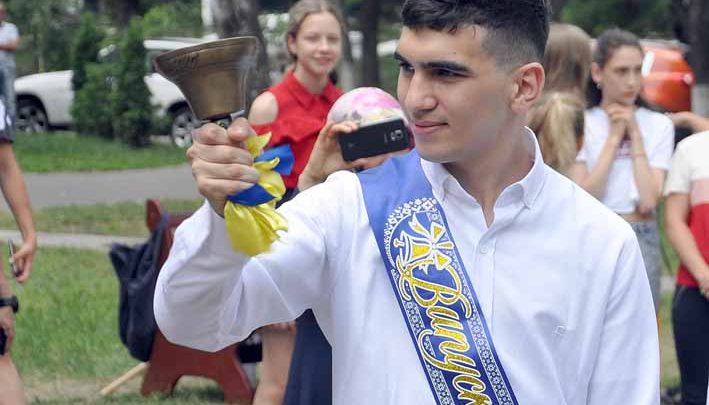 Alperen Asım Kes, who became one of this regime’s victims, claimed that freely resorting to various illegal measures, the Republic of Turkey violated all of his human rights and liberties.

Telling his and his family’s story to «Vector News» Agency, Alperen Asım Kes (born in 2001) stated that he couldn’t have participated in a coup attempt in Turkey on July 15, 2015, because he was taking part in educational seminar in Romania that day. Kes also added that both he and his relatives had to face many difficulties after being back to Ukraine.

IN 6 MONTHS HE WILL BECOME A PASSPORTLESS PERSON

According to Alperen Asım Kes, carrying out a campaign to defame his father, who is engaged in educational activities, the Embassy of the Republic of Turkey in Kyiv constantly rejects his and his family’s requests for consular procedures claiming that «the system is out of service». Kes emphasized the fact that both he and his family were proclaimed «terrorists» and exposed to discrimination only because of being against Erdoğan’s regime.

Kes, whose passport is valid till November, 2018, told that the embassy denied his request to extend the validity of his document, although it’s his fundamental right. Kes noted that he wouldn’t be able to study in Ukraine without that document.

He also claimed that being governed by the Embassy of the Republic of Turkey in Kyiv in particular, Turkish society had been exerting a sort of psychological pressure on him and his family and, as a result, defaming both of them in Ukrainian authorities eyes.

According to Alperen Asım Kes, on the 15th of July the representatives of Erdoğan’s regime accused his father Hasan Hüseyin Kes (who worked as the CEO of Kazakh-Turk Lyceums within 1994–2009 and then moved to Ukraine in order to be engaged in educational affairs) of being a «terrorist» without any proper reason. Alperen Asım Kes also mentioned that being a student of International «Meridian» School, related to Gülen’s Movement, he was deprived of possibility to continue his education in Turkey and use his rights and freedoms.

Alperen Asım Kes told that Turkish media, controlled by current government, had been publishing untruthful and fake information about his father, that resulted in family drama: after reading such fake news on the 17th of May his pregnant mother (Hasan Hüseyin Kes’s wife) lost her baby on the 26th of May because of being affected by one of such articles.

Alperen Asım Kes, who emphasized the fact that such fake news could be considered to be the only «evidence» against his father, complained of so-called slanderers who did all to deprive them from their rights to travel, study and live normally.

70 THOUND STUDENTS WERE ARRESTED IN TURKEY

Saying that he had lost his right for higher education in Turkey, Alperen Asım Kes declared that according to data, published by the Ministry of Justice of Turkey in September, 2017, there were over 69 thousand students arrested in Turkey. Kes remarked that this number’s over 70 thousand now.

Telling how brutally a group of Turkish students from Kadıköy (a district in Istanbul) was publicly beaten in the police bus while getting their report cards, Alperen Asım Kes reported that he had lost not just the right to use his diploma in Turkey but also his right for life.

WHO IS ALPEREN ASIM KES?

Alperen Asım Kes was born in Tarsus (Turkey) on June 27, 2001. Being just three months old, he moved abroad with his family that left Turkey for work. He started studying at elementary school of Shakhlan in Almaty (Kazakhstan). In 2009, he moved to Kyiv with his family. In 2018, he graduated from the International «Meridian» School, where he had been studying from the 3rd grade. Kes successfully represented Ukraine in many international competitions held in the USA, Kazakhstan etc. Kes is a winner of various international contests; his teachers and schoolmates define him as «almost perfect student». He knows English well and dreams to study computer engineering at a good university.

FOLLOWERS OF HIZMET MOVEMENT ARE EXPOSED TO GENOCIDE

Official Turkey has been observing the genocide policy «Not Even a Drop of Water» towards the followers of so-called Gülen’s Movement / Hizmet Movement. Thousands of arrested teachers lost their lives attempting to leave Turkey through the Aegean Sea and the Maritsa River.

Turkey’s current public policy seems to be aimed at total extermination of the followers of Hizmet Movement in Turkey. Thus, Turkish authorities resort to physical and psychological violence towards them. In addition, they doom the children of prisoners to death and, encroaching their parents’ privacy, do all to engage more people in AKP’s illegal activities.

Over 400 thousand of Turkish citizens, accused of being members of Hizmet Movement, opening accounts in certain banks and participating in some labor-trades, downloading such applications as «ByLock», being subscribed to «Zaman» newspaper and reading Fethullah Gülen’s (Turkish preacher who lives in the USA) books, were arrested or deprived of a wide range of rights and freedoms. Nowadays more than 50 thousand people, who became victims of unjust justice, are still imprisoned.