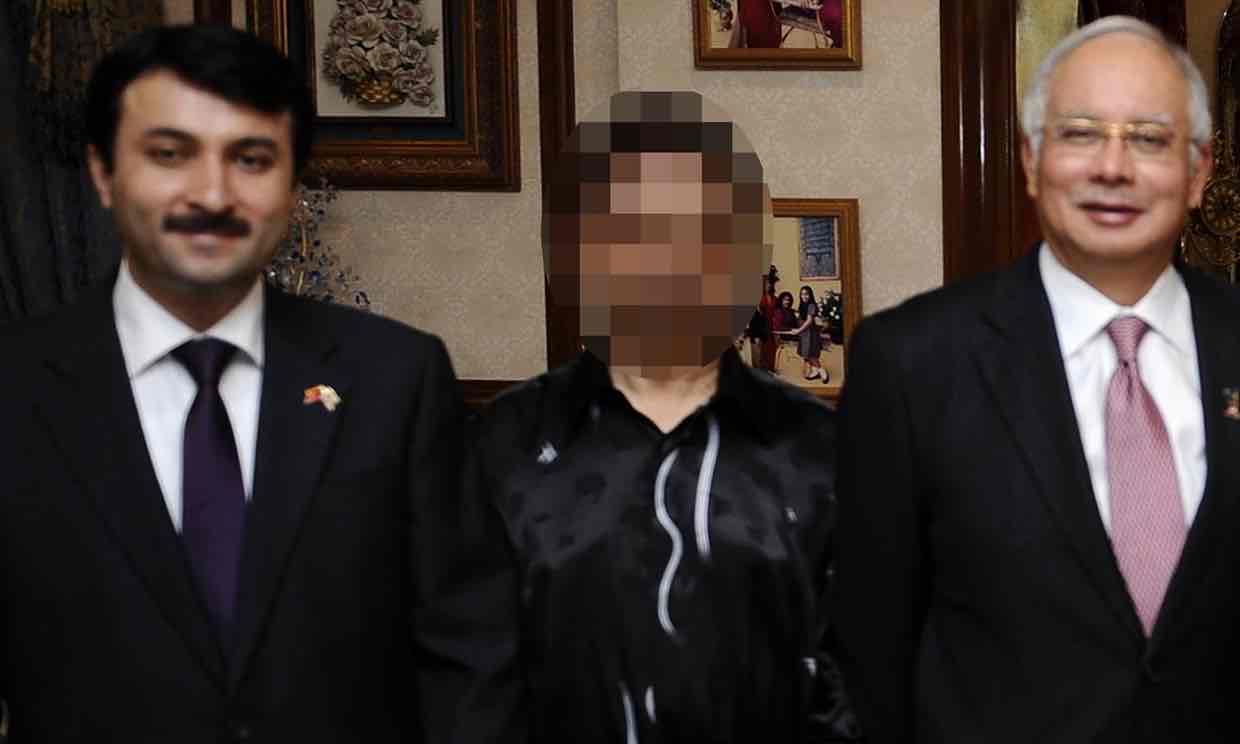 Malaysia’s prime minister, Najib Razak, held a meeting with a Turkish man who has since been detained over his alleged links to Islamic State, photographs seen by the Guardian have revealed.

Najib met Turgay Karaman, then secretary general of the Malaysian-Turkish Dialogue Society, before his first official trip to Turkey in 2011, according to the society’s Facebook page.

One of several photographs from the event shows the prime minister alongside his wife and Karaman, who is wearing a suit and smiling. Another shows Karaman interviewing Najib.

Karaman was arrested on Tuesday this week and is being detained at a Malaysian special branch facility after being accused by Najib’s government of extremism.

The country’s home minister, Ahmad Zahid Hamidi, said anti-terror police had been investigating Karaman and others for “spreading, influencing and funding” Isis-linked activities.

Contradictory statements from the Malaysian police and government since his disappearance have further roused suspicions – although unconfirmed and denied – that authorities had planned a discreet abduction at Turkey’s behest.

His social media accounts promote books on topics from Turkish cuisine to Sufism, the mystical branch of Islam abhorred by hardline jihadis; on LinkedIn, he follows a global networking group for the LGBT community and their allies.

Confusion around the alleged crimes of Karaman, who has lived in Malaysia for 14 years, has stirred speculation that he may have fallen victim to a secretive, global manhunt by the Turkish state.

Security camera footage of Karaman’s arrest shows four unidentified men wearing casual clothing escorting Karaman through a car park with his hands tied behind his back.

The footage sparked outrage from Turkish dissident websites, who initially feared Karaman may have been kidnapped by Turkish agents or their proxies in Malaysia. They fear he could be forced to return to Turkey, where the president, Recep Tayyip Erdoğan, has been cracking down on anyone suspected of even distant links to his detractors.

At the top of Erdoğan’s list of dissenters are followers of Fethullah Gülen, a US-exiled preacher whom the Turkish government accuses of masterminding a coup attempt last year – charges Gulen denies.

The Gülen movement supports a network of loosely affiliated schools across the globe, which may have been a key point of suspicion against Karaman. Turkey’s state-run news agency has alleged that Karaman was linked to Gülen.

Contradictory statements from the Malaysian police and government since his disappearance have further roused suspicions – although unconfirmed and denied – that authorities had planned a discreet abduction at Turkey’s behest.

Karaman’s legal team said that when they filed a police report claiming he was missing, police said there was no record of him being arrested, even as he sat in custody.

Following a flurry of news stories on his disappearance – and an emotional video from Karaman’s wife pleading for the Malaysian government to help – the police eventually confirmed they were holding him.

The chief of police later said Karaman, and another Turkish man named Ihsan Aslan, were arrested for helping prisoners escape.

“But the next day our minister of home affairs says they are linked to Islamic State,” a senior associate on Karaman’s legal team, Muhammad Faizal Faiz, told the Guardian. “It’s disjointed.”

The government’s actions have been full of inconsistencies, he said, and the most recent terrorism accusations were “bizarre”.

Erdoğan has vowed to “cleanse” Gülen supporters from the state and civil services. More than 41,000 people in Turkey have been arrested over suspected links to his Hizmet movement, a global Islamic and social network that translates as “service”.

While several countries have refused Ankara’s calls for extraditions and opened investigations into alleged Turkish spying, others have complied.

Malaysia’s police chief, Khalid Abu Bakar, told reporters that the arrests were made without any request from the Turkish government.

Malaysia has arrested and extradited Turks with suspected Gülen links before, according to Turkey’s foreign minister, Mevlüt Çavuşoğlu, who said in October that three people had been sent back. “Our fight against them will continue till the end, both inland and abroad. We will not stop following them,” he said of Gülen’s followers, adding that deal was struck with Malaysia after “mutual dialogue”.

Human rights groups and Turkish activists worry the pair could end up in a Turkish jail and charged as agents operating for Gülen’s movement, considered by Ankara to be a terrorist organisation. They could face torture or be subjected to unfair trials, Human Rights Watch has warned.

Even if they are not extradited, Malaysian authorities have the right to hold the men for 28 days without charge, under controversial security legislation.

“Whenever you want to hold somebody and not have anyone question it, it’s very easy to wheel out that people are [linked to] Islamic State,” said Phil Robertson, Human Right Watch’s deputy Asia director. “It’s important for the government to allow the men immediate access to their families and legal counsel.”

It is not clear if or to what extent the two men are part of any Gülen-affiliated organisations. Karaman’s school, which did not return requests for comment, does not refer to Gülen on its website. Karaman’s legal team deny any connections.

“He confirmed he is not a member of this group. He may not support Erdoğan now, but he voted for Erdoğan in the last two elections,” his lawyer, Faiz, said.

The Gülen movement forwarded a statement to the Guardian saying that it promotes peace, interfaith dialogue and education and “has many participants worldwide, including Karaman and Aslan”.

“However, their personal beliefs should not prompt an illegal rendition that may have been organised by agents of the Turkish government,” it added.

The Malaysian-Turkish Dialogue Society did not respond to requests for comment. Najibs’s office told the Guardian it was looking into the case.

Another aspect of Karaman’s case that could have prompted Turkish interest is his connection to another man wanted by Ankara. The day of his detention, Karaman was on his way to a legal meeting regarding his appearance as a witness in the case of Ismet Özçelik, a former university director in Turkey who was fired following the 2016 coup attempt.

Özçelik was arrested in Kuala Lumpur in December for allegedly assaulting an immigration official who attempted to take his passport. His legal team was trying to discover if the Turkish embassy had made the detention request.

The 57-year-old had already been held for 50 days without a conviction but was released after the UN’s high commissioner for refugees granted him refugee status in January. Özçelik was picked up again on Thursday, police said.