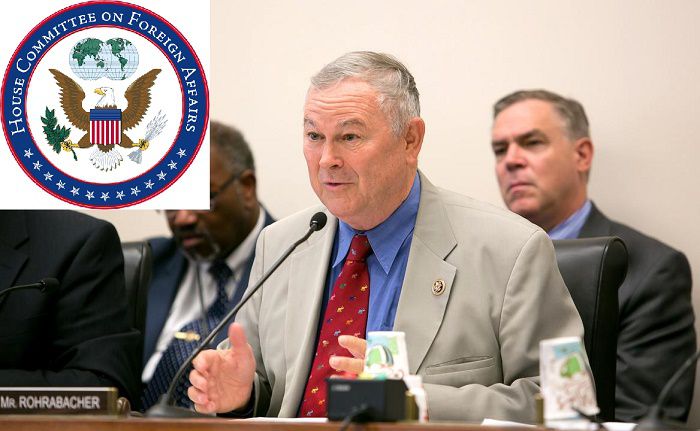 Dana Rohrabacher is a US Representative and chairs the United States House Foreign Affairs Subcommittee on Europe, Eurasia and Emerging Threats.

“The Turkish government is blaming its travail on Fethullah Gülen, a Turkish religious philosopher living in exile on a Pennsylvania farm. The claim that he personally planned and ordered the coup has been accepted by many Turkish citizens despite the lack of substantial evidence indicating that. To this effect, I don’t find such charges to be credible, and I believe that the Turkish government has erred by proclaiming anyone and everyone involved in the Gülenist religious movement to be part of the conspiracy that put on a coup,” he said.

Underlining that President Recep Tayyip Erdoğan used the failed coup attempt as an opportunity to expand his political power, Rohrabacher said the upheaval followed by the failed coup has been a traumatic experience for the people of Turkey.

“… [The] government began arresting a wide range of opponents that had nothing to do with the coup. Journalists, secularists, military officers, government officials who did not agree with President Erdoğan’s vision for Turkey. They were arrested, ten thousand of them, they were arrested and a number of them have been tortured,” he added.

Focusing on how Turkey’s crackdown on critical and independent media in Turkey has accelerated in the aftermath of the failed attempted coup on July 15, the CPJ’s Ognianova told the subcommittee that authorities have detained more than 100 journalists, shut down more than 100 media outlets, censored at least 30 news websites and stripped more than 600 members of the press of their credentials in less than two months.

“Multiple journalists have had passports cancelled, others have been forced into exile to avoid politically motivated prosecution and imprisonment, and there have been reports of journalists being mistreated in custody,” she said.

Highlighting Turkey’s key methods of censorship, Ognianova recommended that US government leaders condemn the Justice and Development Party (AKP) government’s continuing purge of opposition and independent media that has followed the attempted coup. She also urged the US not to honor Turkish arrest warrants issued for journalists in the post-coup purge and to encourage other countries to also not honor the warrants.

The Atlantic Council’s Rafik Hariri Center for the Middle East Senior Fellow Aaron Stein also told the subcommittee that the events of July 15 are still largely a mystery. The evidence available in open sources does suggest that Gülenists played a part in the coup attempt, but it also appears that Kemalists and Turkish nationalists were also involved.

Alan Makovsky from the Center for American Progress told the subcommittee that the AKP government, rather than focusing its wrath strictly on the military coup plotters, chose to expunge Gülen’s influence from the entire civil service and, to the extent possible, all Turkish society. As a result, more than 100,000 civil servants have been fired or suspended and more than 40,000 arrests have occurred since the coup attempt.

Underlining that the government was seen conducting investigations into people who were involved in the failed coup attempt in an extremely short period of time, compiling a list of 1,563 officers from around the country, including listing their whereabouts and their present addresses and getting warrants on all of them signed by prosecutors, Makovsky said that from a policing and judicial standpoint, this is simply impossible.

International Center for the Study of Violent Extremism Deputy Director Ahmet Yayla also draw the attention of subcommittee members on the existence of unanswered inquiries and inconsistent accounts of Erdoğan and his close circles that have caused more uncertainties and reservations about the coup attempt rather than clarify what really happened.