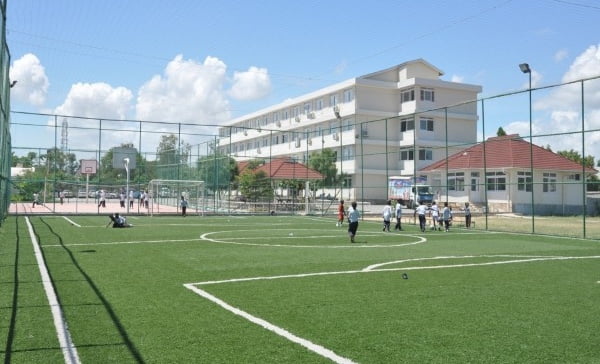 Dar es Salaam — Feza Schools management yesterday moved to calm anxious parents and other stakeholders following reports that the Turkish government was plotting a take over or closure of the famed learning institutions.

Panicky parents and suppliers have been calling the schools officials and teachers to seek information on the matter, even as it emerged yesterday that some of the schools expansion plans in Mwanza and Dodoma have been temporarily halted to await clearance of the arising confusion.

The Feza Schools’ director Mr Ibrahim Yunus yesterday sought to calm the parents and students, saying learning and other services were going on normally in all its campuses. He said there was no reason to panic as the board had engaged relevant government authorities to ensure there was no disruptions of activities.

“This discussion about Turkey and the supposed plot to close our schools is scaring parents and raising uncertainty among other stakeholders. I haver received a number of calls from concerned parents but we have told them that there is no cause for alarm because this matter will come to pass without any harm,” Mr Yunus told The Citizen in an exclusive interview yesterday in Dar es Salaam.

The director assured the public that claims linking the institution to an alleged terror network were grossly untrue and a fabrication made with the intention of spoiling its image. “We have spoken before and I say this today that, our schools have no link with any terror group, we are a local registered charity organisation where every single sent obtained from schools fee is used for the redevelopment of the schools,” he added.

According to Mr Yunus, they have provided 600 direct and over 1000 indirect employments.

“We are secular schools, having only 52 per cent of Moslem students this year, and due to our performance we have encouraged competition among private and public schools and that healthy in the education sector in general,” said Mr Yunus.

Mr Yunus assured parents with children studying in the schools that the government of Tanzania was handling the matter in a good way and they are optimistic that the future of the schools is safe.

“Those who want to bring Feza down do not care for the interest of Tanzania and should instead aim at introducing similar schools to raise competition and standards in the education sector.

Other education stakeholders have also aired their views on the saga, warning that the wrangles should not be left to affect the students studying in its campuses. Feza Schools has 11 campuses providing primary, secondary and high school learning to nearly 4000 pupils and students. It is a prestigious schools attracting many students of who is who in the country and also providing bursary to thousands of poor bright students.

Those who spoke to The Citizen warned that the government should not allow politics to interfere with the facility. They said diplomatic relations between Turkey and Tanzania should work towards bettering the society and not wrecking it.

While in Tanzania last week, President Erdogan appealed for local government support to fight a supposed terror network he claimed was fighting his government. Turkey has privately listed Feza Schools among institutions run by a charity organisation under preacher Fethullah Gulen who they accuse of waging a terror war against Ankara.

Ali Mahmoud – University Student in the USA, graduate of the Feza Boys’ Secondary and High School, Dar as Salaam, Tanzania (Class of 2015)