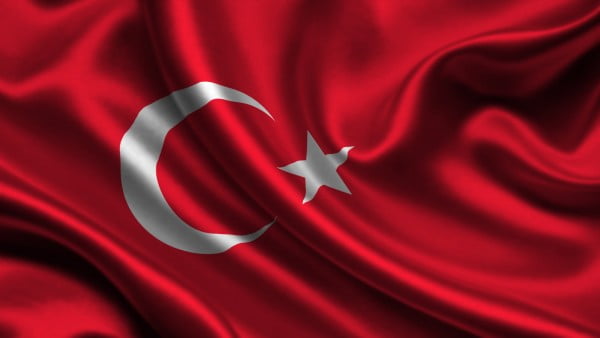 SAYLORSBURG, Pa. — During the attempted military coup in Turkey this month, I condemned it in the strongest terms. “Government should be won through a process of free and fair elections, not force,” I said. “I pray to God for Turkey, for Turkish citizens, and for all those currently in Turkey that this situation is resolved peacefully and quickly.”

Despite my unequivocal protest, similar to statements issued by all three of the major opposition parties, Turkey’s increasingly authoritarian president, Recep Tayyip Erdogan, immediately accused me of orchestrating the putsch. He demanded that the United States extradite me from my home in Pennsylvania, where I have lived in voluntary exile since 1999.

Not only does Mr. Erdogan’s suggestion run afoul of everything I believe in, it is also irresponsible and wrong.

My philosophy — inclusive and pluralist Islam, dedicated to service to human beings from every faith — is antithetical to armed rebellion. For more than 40 years, the participants in the movement that I am associated with — called Hizmet, the Turkish word for “service” — have advocated for, and demonstrated their commitment to, a form of government that derives its legitimacy from the will of the people and that respects the rights of all citizens regardless of their religious views, political affiliations or ethnic origins. Entrepreneurs and volunteers inspired by Hizmet’s values have invested in modern education and community service in more than 150 countries.

At a time when Western democracies are searching for moderate Muslim voices, I and my friends in the Hizmet movement have taken a clear stance against extremist violence, from the Sept. 11 attacks by Al Qaeda to brutal executions by the Islamic State to the kidnappings by Boko Haram.

In addition to condemning mindless violence, including during the coup attempt, we have emphasized our commitment to preventing terrorists’ recruitment from among Muslim youth and nurturing a peaceful, pluralist mind-set.

Throughout my life, I have publicly and privately denounced military interventions in domestic politics. In fact, I have been advocating for democracy for decades. Having suffered through four military coups in four decades in Turkey — and having been subjected by those military regimes to harassment and wrongful imprisonment — I would never want my fellow citizens to endure such an ordeal again. If somebody who appears to be a Hizmet sympathizer has been involved in an attempted coup, he betrays my ideals.

Nevertheless, Mr. Erdogan’s accusation is no surprise, not for what it says about me but rather for what it reveals about his systematic and dangerous drive toward one-man rule.

Like many Turkish citizens, the Hizmet movement’s participants supported Mr. Erdogan’s early efforts to democratize Turkey and fulfill the requirements for membership in the European Union. But we were not silent as he turned from democracy to despotism. Even before these new purges, Mr. Erdogan in recent years has arbitrarily closed newspapers; removed thousands of judges, prosecutors, police officers and civil servants from their positions; and taken especially harsh measures against Kurdish communities. He has declared his detractors enemies of the state.

Hizmet, in particular, has been the target of the president’s wrath. In 2013, Mr. Erdogan blamed Hizmet sympathizers within the Turkish bureaucracy for initiating a corruption investigation that implicated members of his cabinet and other close associates. As a result, scores of members of the judiciary and the police forces were purged or arrested for simply doing their jobs.

Since 2014, when Mr. Erdogan was elected president after 11 years as prime minister, he has sought to transform Turkey from a parliamentary democracy into an “executive presidency,” essentially without checks on his power. In that context, Mr. Erdogan’s recent statement that the failed coup was a “gift from God” is ominous. As he seeks to purge still more dissenters from government agencies — nearly 70,000 people have been fired so far — and to crack down further on Hizmet and other civil society organizations, he is removing many of the remaining impediments to absolute power. Amnesty International has revealed “credible” reports of torture, including rape, at detention centers. No wonder Mr. Erdogan’s government suspended the European Convention on Human Rights and declared a state of emergency.

Turkey’s president is blackmailing the United States by threatening to curb his country’s support for the international coalition against the Islamic State. His goal: to ensure my extradition, despite a lack of credible evidence and virtually no prospect for a fair trial. The temptation to give Mr. Erdogan whatever he wants is understandable. But the United States must resist it.

Violent extremism feeds on the frustrations of those forced to live under dictators who cannot be challenged by peaceful protests and democratic politics. In Turkey, the Erdogan government’s shift toward a dictatorship is polarizing the population along sectarian, political, religious and ethnic lines, fueling the fanatics.

For the sake of worldwide efforts to restore peace in turbulent times, as well as to safeguard the future of democracy in the Middle East, the United States must not accommodate an autocrat who is turning a failed putsch into a slow-motion coup of his own against constitutional government.