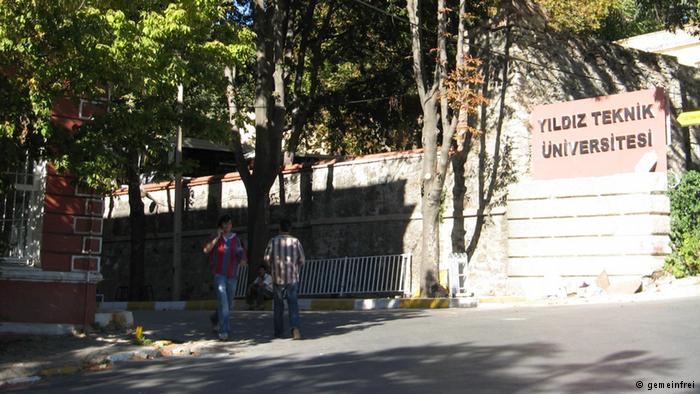 Whether sacked in the post-coup purge or for signing a petition decrying violence against Kurds, Turkish academics are leaving in droves and don’t plan to return. They say more will follow, irreparably damaging Turkey.

After spending years researching abroad, Bekir Cinar returned to Turkey to as an academic. But this year, he was forced to leave the country again, when the university he worked at was shut down suddenly and many other academics were detained in the country.

“I had returned to Turkey to make a contribution. I had worked in Poland, Albania and the UK. But I guess they don’t want anybody contributing to the country because they shut down the university. After it was shut down, there was nothing I could do. I had connections at Leeds Beckett University. So I called them and they said I could work there,” Cinar said.

Just like Cinar, hundreds of academics who have worked overseas and returned to Turkey – only to become unemployed amid the government’s post-coup purges – are leaving the country once again. Since declaring a state of emergency and enforcing various decree laws after the coup attempt, nearly 110,000 Turkish civil servants have either been dismissed or detained; 36,000 have been arrested. In addition, all academics were banned from leaving the country.

Education has been a notable target for the Turkish government since July 15’s coup attempt. Since then, the government has shut down 15 universities and around 1,000 secondary education institutions.

Bekir Cinar was working as an assistant professor at the political sciences department of Suleyman Sah University when it fell victim to the crackdown. He says that many academics with different views were working at the university.

‘Now some are taxi drivers’

Cinar said the brain drain would continue in increasing numbers.

“They fired nearly 3,000 to 4,000 people. If they could, if they had their passports, all of them would leave the country. I believe that nearly all academics that speak fluent English, French or German – those who can continue their work in another language – will leave Turkey within a six-month period.”

Cinar is currently continuing his scientific work at a British university. He says that about 10 of his colleagues from other shuttered universities have gone to the UK, taking any jobs they can get.

“I have colleagues, friends here. None of them are working in their own field. Some have become taxi drivers; some are working at cafes and kebab restaurants. And these people are academics.”

Cinar considers this a major loss for Turkey, not least because it takes 20 to 30 years to become an academic. He says that he is not planning on returning to Turkey ever again.

‘Denying their bread and butter’

Germany is another popular destination for the academics-in-exile. Nil Mutluer, formerly the dean of the Nisantasi University Sociology Department, was sacked for signing the Academics for Peace petition. She’s been in Germany for a few months now, and is lecturing at Berlin’s Humboldt University.

“Like many journalists and human rights activists, we were targeted and fired from our jobs because we wanted peace,” Mutluer said, a reference to the Academics for Peace petition, whose signatories criticize Turkey’s military crackdown on parts of its Kurdish population. The petition, and “terror” trials against some of its signatories, predate July’s attempted coup.

Mutluer came to Germany on a fellow academic’s invitations. She said that many academics were fired not because they had ties to the Gulen movement – which Turkey blames for the failed coup – but because they signed the petition or they were trade union members.

“Because of the way they were fired, they will never get jobs as a civil servant again. They’re going after people’s bread and butter. So of course they’ll try to find employment in other countries.”

Mutluer also said that many academics who signed the petition have left the country or are planning on leaving – warning that the phenomenon extends further.

“This brain drain doesn’t just include academics. Educated people, journalists, writers, artists, many people have left the country. I see many people from the middle class, businessmen, trying to find ways to leave. These were people who were happy in their county, who had studied abroad and returned home, and were living in peace. And I was one of them,” she said. “But now it’s not safe for us. We have to think of the safety of our children and their future as well.” 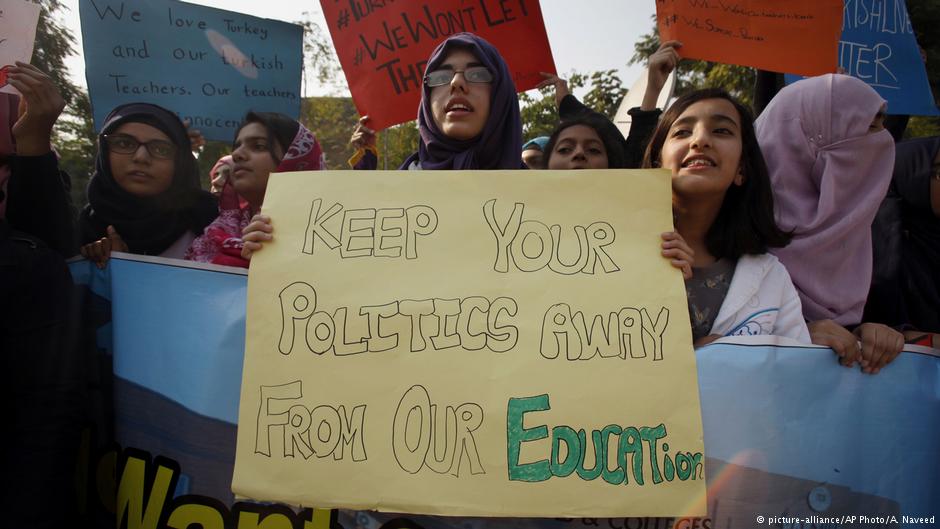 The German Academic Exchange Service (DAAD) confirms an uptick in interest in Germany among Turkish students and academics. Dr. Wiebke Bachmann, head of the DAAD in Istanbul, said that the number of students wanting to study in Germany has increased, as well as the number of academics wanting to continue their research in Germany.

It is estimated that there are 100-150 academics in Germany who have signed the Academics for Peace. Halil Ibrahim Yenigun put his name to the paper while working at the Istanbul Commerce University. First he was suspended and then he was fired from his job at the university.

Yenigun said that being an academic in Turkey required a lot of sacrifice. “Most of us want to return home and pass on our experience to the young people of Turkey. That’s all we wanted to do. Before all this, there were many good academics in poorly managed universities. They had doctorates and many publications. They were lecturing with lots of sacrifice and heavy class loads. But we put up with all of it because we wanted to contribute to the education of young people.”

Yenigun is currently doing a post-doctorate at the Berlin-based Forum Transregionale Studien research institute. He said that he is in a much better academic environment than Turkey and that Turkey has lost many valuable academics.

“These are people who attended state schools and then studied with taxpayers’ money. They went on to do doctorates overseas. And just as they’ve come back to give back to their country, you pluck them away from contributing to the youth of the nation. This is treason. They’re betraying our country’s future. They’re robbing the young of a good education.”