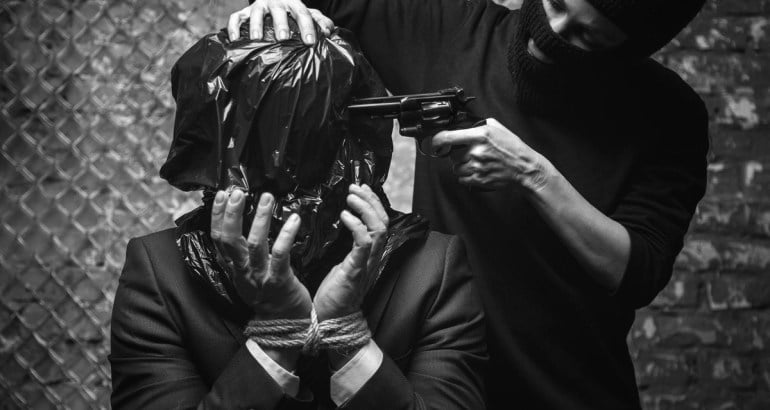 Turkey, under the autocratic rule of President Recep Tayyip Erdoğan, has stepped up its witch hunt against the alleged members of Gülen movement abroad, pro-Erdoğan English paper Daily Sabah reported.

According to Erdoğanist paper’s report, Turkish police have been successful to bring back some alleged members of Gülen movement, (the paper labeled as “FETÖ”) from abroad to Turkey. So far, 16 alleged Gülen followers have been abducted or caught abroad and transferred (extradited) to Turkey from Asian, Middle Eastern countries and Bulgaria. However, despotic Erdoğan regime has not persuaded any western countries to extradite alleged Gülen followers. As European countries have rejected Erdoğan regime’s groundless extradition demands some Arab and Asian countries have met these illegitimate and arbitrary demands.

According to the paper, Germany is singled out among the European countries for embracing some 250 diplomats and soldiers who were labeled as “FETÖ” members, while the United States is the second favorite destination for alleged followers of Gülen movement. Erdoğan regime has also been pressing Washington for the extradition of Fethullah Gülen from the US.

According to the paper, Erdoğan’s witch hunt has also extended to the Gulf country Bahrain. Metin Tekeci, the national manager for a Turkish bank in Bahrain, was deported from the country over alleged links with the Gülen movement. Tekeci came under police radar after he had contacted Turkey’s Manama Embassy in January 2017, apparently unaware of the arrest warrant about him. His passport was seized and he was deported to Turkey where he is being held awaiting trial.

The paper write that Bulgaria has allowed Abdullah Büyük, an alleged follower of Gülen movement, while Turkey sent eight requests for his extradition. Eventually, Bulgaria carried out his extradition in August 2016 and Büyük was returned to Turkey later that month.

Malaysia, which is also among the countries that have been an accomplice of the despotic Erdoğan regime, extradited Alettin Duman and Tamer Tıbık over their alleged ties to Gülen movement on October 2016. Duman and Tıbık had been abducted by a group of unknown people in Malaysia, kept and tortured in secret places for days and then secretly transferred to Turkey. They have also been arrested on generic terror charges in Turkey.

Meanwhile, despite of heavy pressure from Turkey over Greece to extradite eight officers who fled to Greece on July 15, a Greek court on Tuesday ruled against the extradition of three of eight Turkish soldiers. Greece’s top court blocked the extradition of all eight in January, angering Turkey which then issued a second extradition request. Turkey alleges that the soldiers were involved in efforts to overthrow the Turkish government and has demanded they be sent back.

Moreover, the Wall Street Journal had exposed that while serving as an adviser to the Trump presidential campaign, retired Lt. Gen. Mike Flynn, also the ousted National Security Advisor of the new administration, in a meeting with top Turkish government officials last September discussed the illegal removal from the United States of Turkish Islamic cleric Fethullah Gülen and his extrajudicial return to Turkey. The report has indicated that details of the discussion in New York were learned from James Woolsey, former director of the CIA, who was in attendance, and from others who were briefed on the meeting.

Also in attendance at the meeting were Berat Albayrak, Energy Minister of Turkey and autocratic President Erdoğan’s son-in-law, and Foreign Minister Mevlüt Çavusoğlu, according to foreign lobbying disclosure documents filed by Flynn with the Justice Department earlier this month.

According to Woolsey and those briefed, the discussion involved ideas about how to get Gülen, the inspiration of the faith-based Gülen movement who has been accused by President Erdoğan and the Justice and Development Party (AKP) government of masterminding a coup in Turkey last July, out of the United States and back to Turkey by circumventing the legal extradition process.

Turkey survived a military coup attempt on July 15 that killed over 240 people. Immediately after the putsch, the government along with Erdoğan pinned the blame on the Gülen movement without any credible evidence. Gülen and the movement strongly deny the accusations and have called for an international investigation into the incident. Many believe Erdoğan staged the failed coup himself to set up his critics for a mass persecution and as a pretext to transform secular parliamentary democracy to political Islamist autocracy.

“FETÖ” is a derogatory term amounts to a hate speech and relentlessly perpetuated by President Erdoğan and his government to smear the Gülen movement which is inspired by the US-based Turkish Muslim intellectual Fethullah Gülen who is one of the vocal critics of Turkish government. Gülen has been outspoken figure in lambasting Turkey’s autocratic President Erdoğan on corruption that was exposed in December 2013 as well as Ankara’s aiding and abetting of radical groups in Syria that was uncovered with illegal shipment revelation in January 2014.

Erdoğan launched a witch-hunt persecution against Gülen and his followers and vowed to pursue them abroad no matter where they are. Turkish government shut down all institutions affiliated with the movement and jailed almot 50.000 people in the last nine months alone. He labelled the movement as ‘FETÖ’, a terrorist organization, although Gülen, 75-year old cleric, and his followers have never advocated violence but rather remained staunchly opposed to any violence, radicalism and terror in the name of religion.