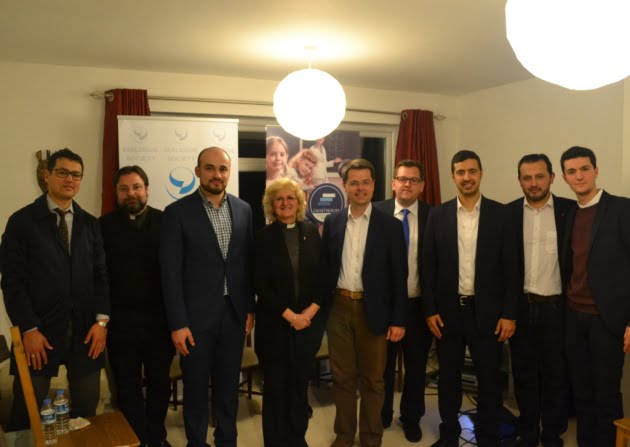 Dozens of Christians and Muslims came together to break the Ramadan fast on Monday in the wake of the terror attack on Saturday.

A charity in Welling has held an inter-faith dinner to bring together the community in the wake of the horrific terror attacks that have shaken the country.

Serkan Ustandag, a spokesman for the charity, said 50 guests from different faith groups attended the event – which was scheduled before the attacks on Saturday, June 3 – as well as local politicians such as James Brokenshire and Councillor French Louis.

“He stated that this kind of events made our community stronger and send clear message the terrorist groups that they never will be successful to appeal the nation with their sick acts.

“As a Muslim community, Lighthouse Educational Society hope that this event will benefit our community and bring together in peace the people from different walks of life.”

The Lighthouse Educational Society is based on the teachings of Turkish Muslim scholar Fethullah Gülen and works to “help young people reach their full potential.”

I believe that the people of France will reconstruct this historic building and fully restore its magnificence. I extend my condolences to the French President Emmanuel Macron, Archbishop Michel Aupetit, the rector Patrick Jacquin, ministers of Notre Dame Cathedral, and the people of France. I invite everyone to support the efforts to reconstruct this beautiful Cathedral.